The trip from Vientiane to Don Khon is over 700km so I made a brief stop in Pakse on the way, though still a full day by bus. The 12-hour bus was due in Pakse at 9pm, but after two delays and a breakdown it ended up being 3am. With an Austrian backpacker we managed to find somewhere that would open up reception at that time. Photos from Pakse and a day trip to Wat Phou are on Flickr.

Si Phan Don, better known as the 4000 islands, are a series of islands in the Mekong river. Some are small and submerged in rainy season but many are permanent, three in particular attracting tourists. I went for Don Khon (using this handy guide), quiet and unspoilt without the bad parts of the backpacker scene (notice the trend here!).

From Pakse the bus took about 1.5 hours to Ban Nakasang, the boat taking a further 25 minutes from there. At around 3x4km in size Don Khon is only small, though big enough to forget you’re in the middle of a river.

There isn’t much to do on the islands and that is mostly the point, it’s a great place to relax (a guesthouse with hammocks is essential) and the pace of life is even slower than the rest of Laos. There is just one small dusty street with a handful of guesthouses and restaurants.

Renting a bike and cycling around the island is a good way to spend a few hours, passing through some small villages and the southern pier. 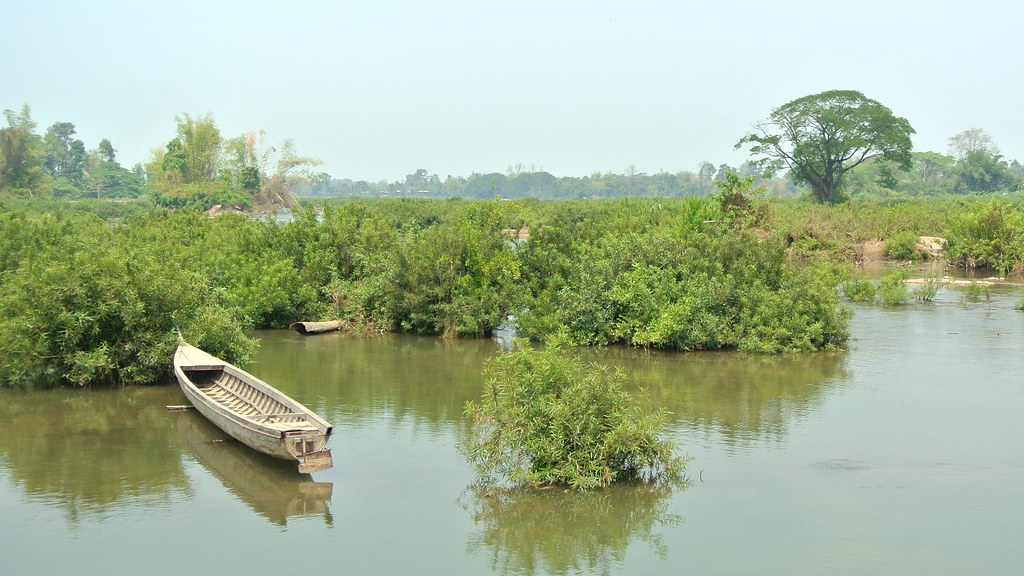 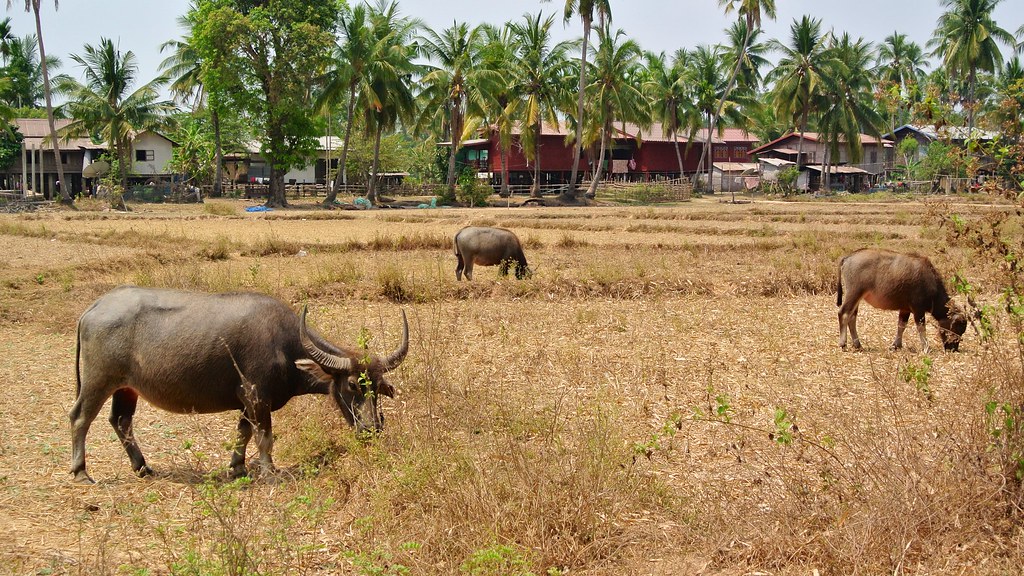 The piers were used during the French colonisation to transport ships across the island by rail, detouring the nearby waterfall. Because of Laos’s troubled history this is still the only railway ever completed in Laos, and though the tracks are no longer there, it is still possible to see parts of them around the island. 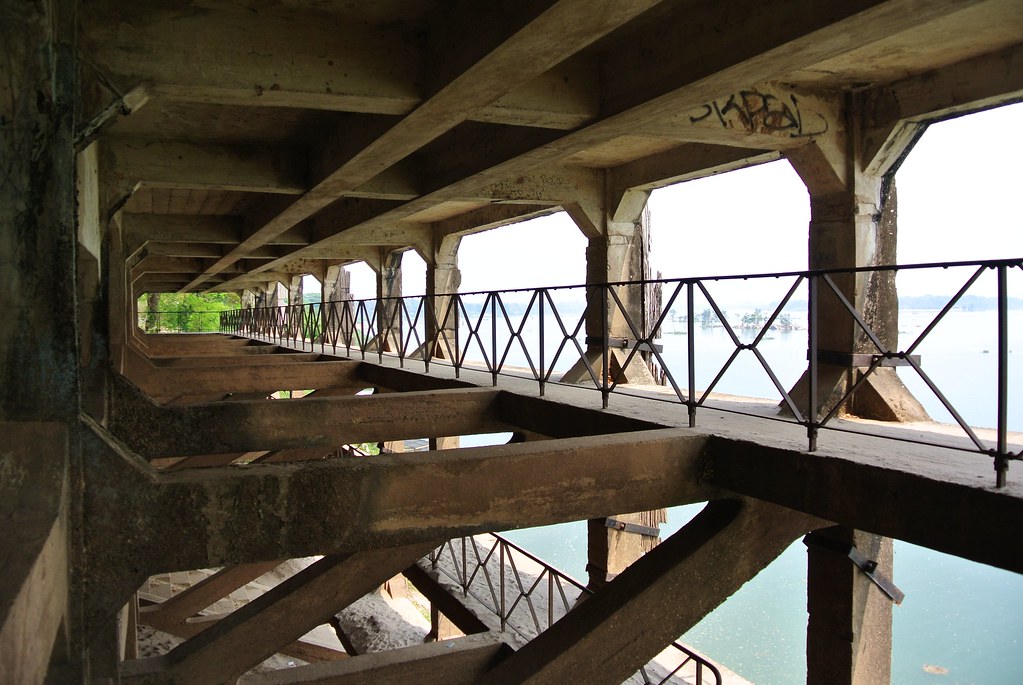 Inside the southern pier 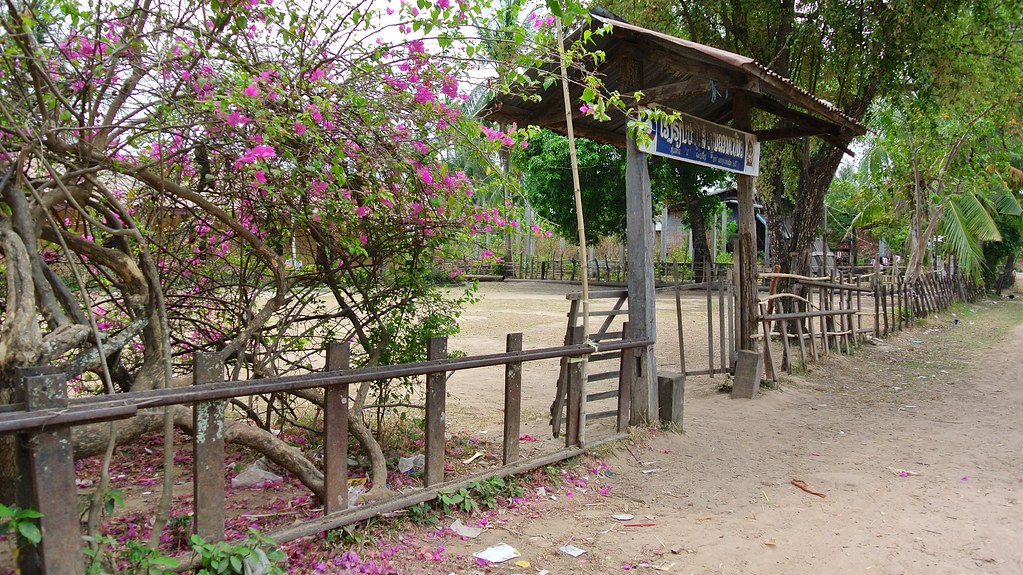 The island has two beaches and the local one is always quiet, especially in late afternoon when there are only a few other people to share with. Around 6pm fishermen start to come in and tie up their boats for the night with sunset shortly after over the Cambodian mountains. 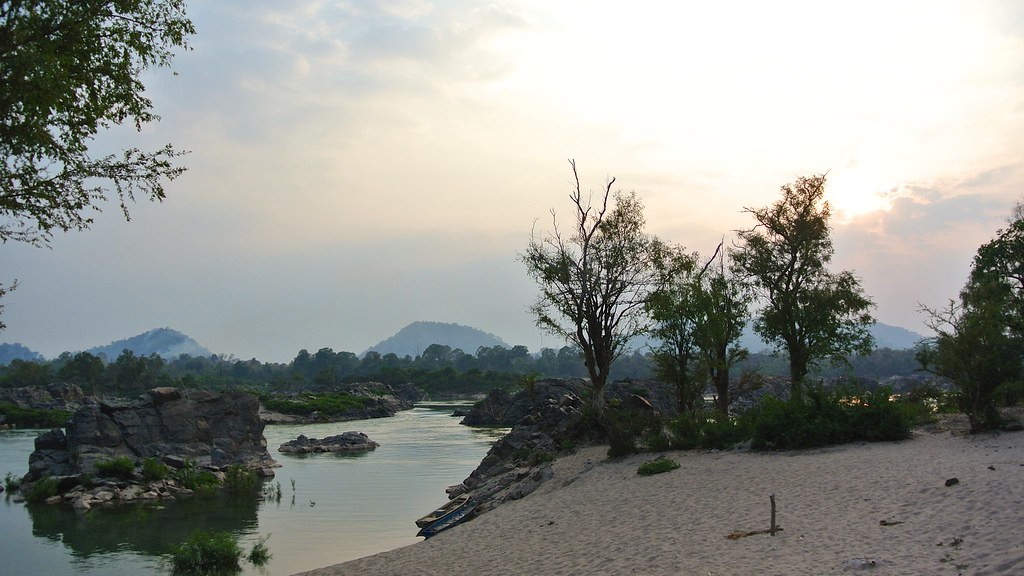 I’d planned on spending five days on the island which quickly became seven, and only then because my visa was up. Don Khon is beautiful, laid back and full of friendly locals - the perfect way to wrap up a month in Laos.