Better known as Burma, Myanmar is only just developing its backpacker scene. Following independence from the British in 1948 the country had a brief stint of democracy but by the early 60’s the military had taken over. Corruption, human rights violations, suppression of free speech and one of the longest running civil wars followed, as did sanctions. In 1996 a tourism boycott was called for by the National League of Democracy (NLD) and what little tourism remained all but stopped.

Thankfully times are changing. A civilian government was installed in 2011 (though a quarter of seats are held by the military) and the NLD called for the tourism boycott to be lifted. Sanctions have been eased, land borders have been reopened, peace deals have been reached with some ethnic groups involved in the civil war. Even Obama visited.

There is still conflict in the country, there are many areas off-limits to foreigners (diplomats too, not just tourists) and it is impossible to visit without giving some money to a corrupt government. But things are moving in the right direction.

I got my visa from the embassy in Bangkok as Visa on Arrival wasn’t available. It took two visits (drop-off and pickup) and a few hours of queueing but it was otherwise painless and I left with a four-week visa stamped into my passport. 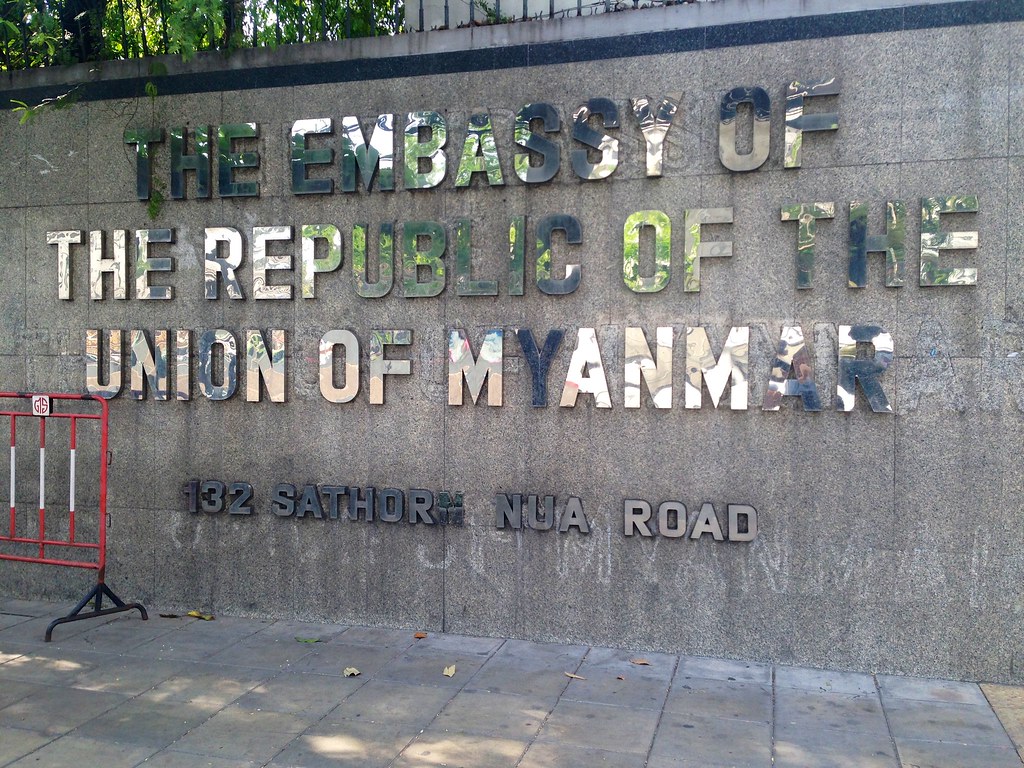 I took a bus from Bangkok up to Mae Sot about nine hours away and exited Thailand from the land border crossing. A short walk over the “friendship bridge” and I entered Myanmar into the border town of Myawaddy.

Things were noticeably different. It was at least twice as loud as cars beeped and people shouted over each other. Cars drove on the right (compared with the left in Thailand) despite most cars being right-hand drive. Street sellers hawked Indian snacks while I exchanged four pristine $100 notes into a handful of Myanmar Kyat. It was quite a surreal experience considering I was stood about 500 metres away from Thailand. 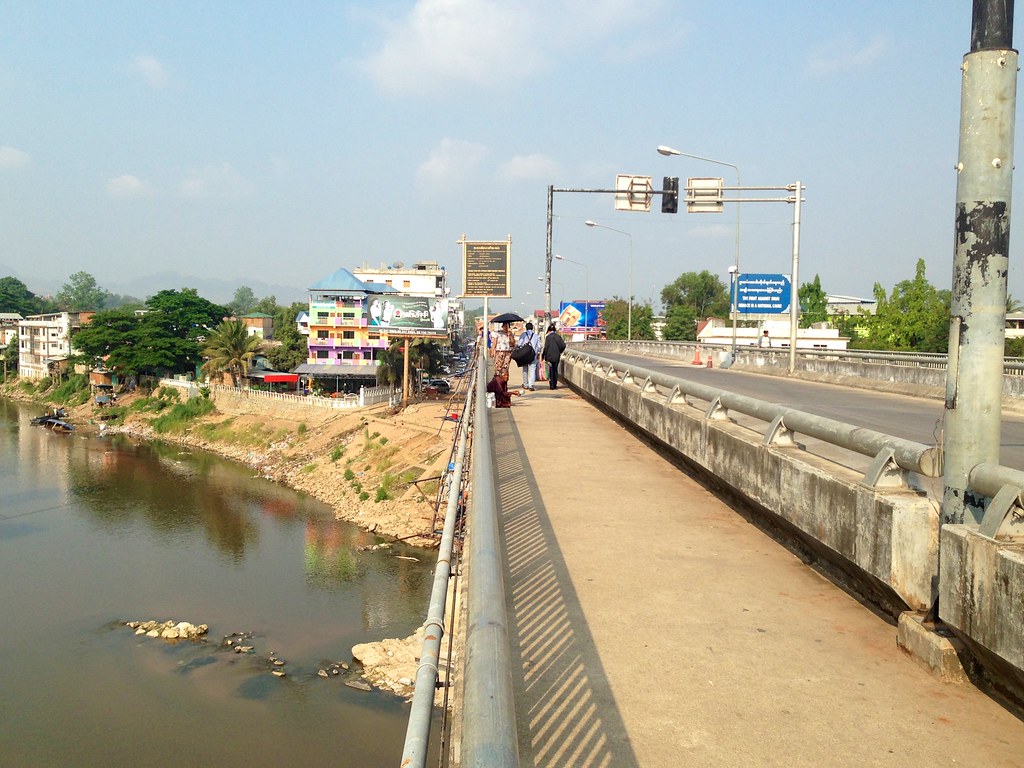 Friendship bridge and the border at Myawaddy. 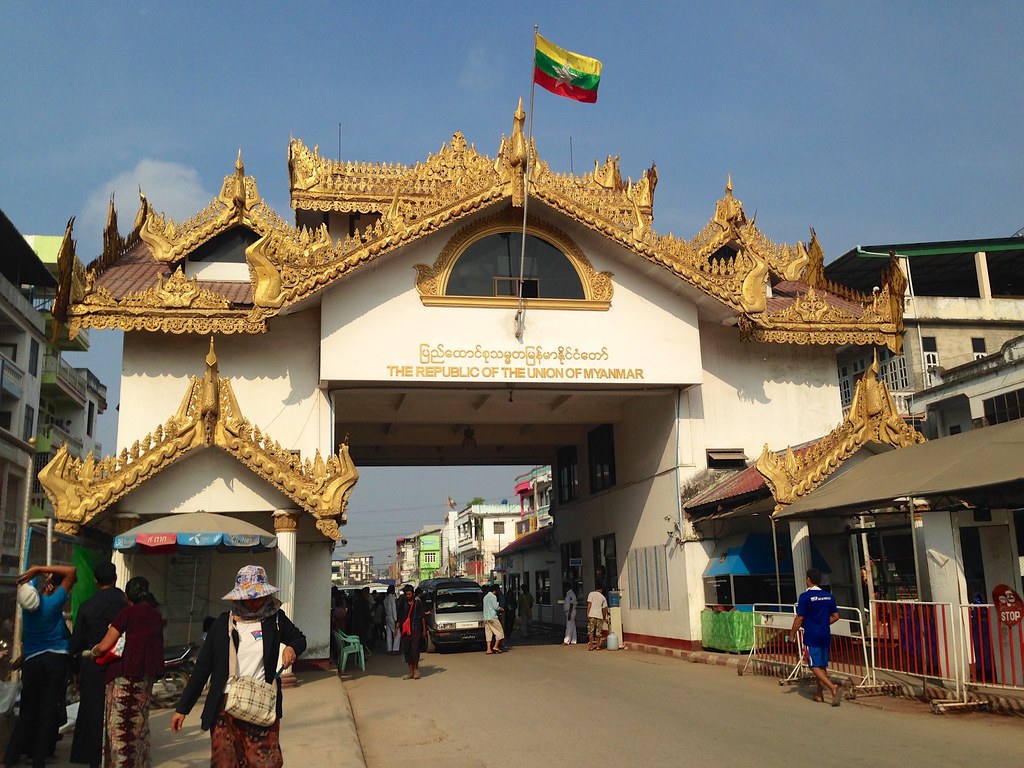 There is only a single-lane road from Myawaddy to the next town so traffic alternates direction each day, westbound one day and eastbound the next! I crossed on an eastbound day so I bought a bus ticket for the next morning and stopped for the night.

The bus turned out to be a shared car but it was more comfortable for the six-hour journey. At least for me in the front it was; there were four adults in the back and another two with a child in the estates boot - quite common as I’d find out.

Car ride to Hpa-An. Motorbikes can travel in both directions on any day.

So after the visas, border crossing and car ride I ended up in Hpa-An. I’ll pick up from there in another post.