About four hours from Kratie is another riverside town, Kampong Cham. It’s lacking the colonial charm and litter education of Kratie (which is very clean and tidy) but it’s pleasant enough. Entry to the town from the north is over the large Japanese-funded bridge which spans the Mekong.

The town has a few points of interest but I also hired a scooter to see a few places further out. The back roads of Kratie province were poor practice for National Highway 7 which leads off the bridge and through the town. Drivers and traffic are crazy and having five or six motorbikes alongside each other isn’t unusual. Thankfully things were quieter once I was off the highway.

Before heading out of the town I went across to Koah Pen, an island in the Mekong river. The similarities to Kaoh Trong in Kratie end there though, with Pen being larger with a handful of roads and a couple of guesthouses. A large bamboo bridge connects the island to Kampong Cham, which I’m told can withstand pickups and 4x4s driving across. With the noises the bridge was making just while being on a scooter though, I’m not sure I’d like to try! The bridge washes away in rainy season leaving only a boat service to get people to and from the island. 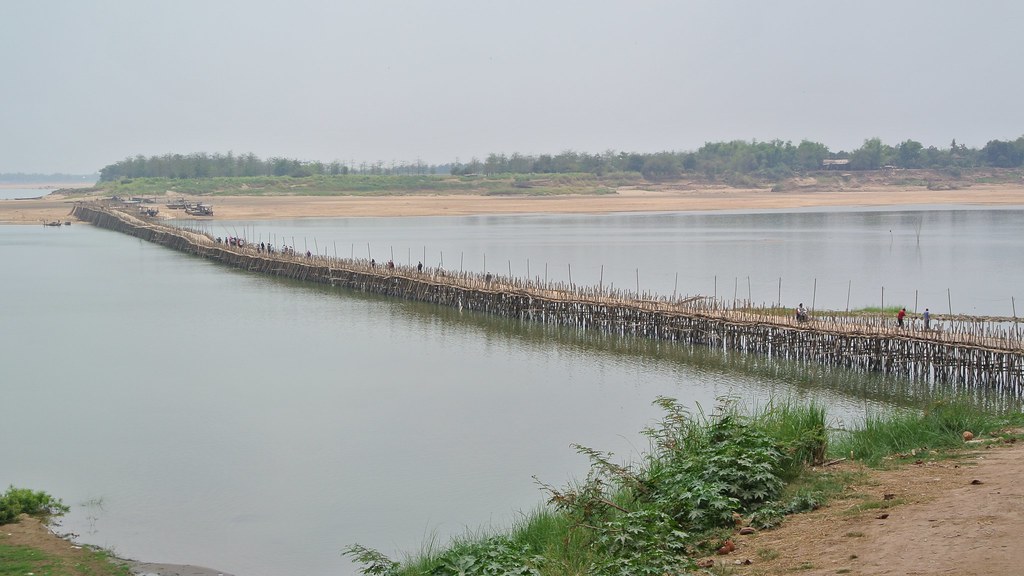 About 40 minutes scooter ride away is Wat Hanchey, on a hilltop overlooking the Mekong river. There are several temples on the site which, oddly, is also scattered with fruit statues. The ride out was nice and took me through several villages, though I only made a quick stop to get fuel from one of the common Pepsi bottle stands. 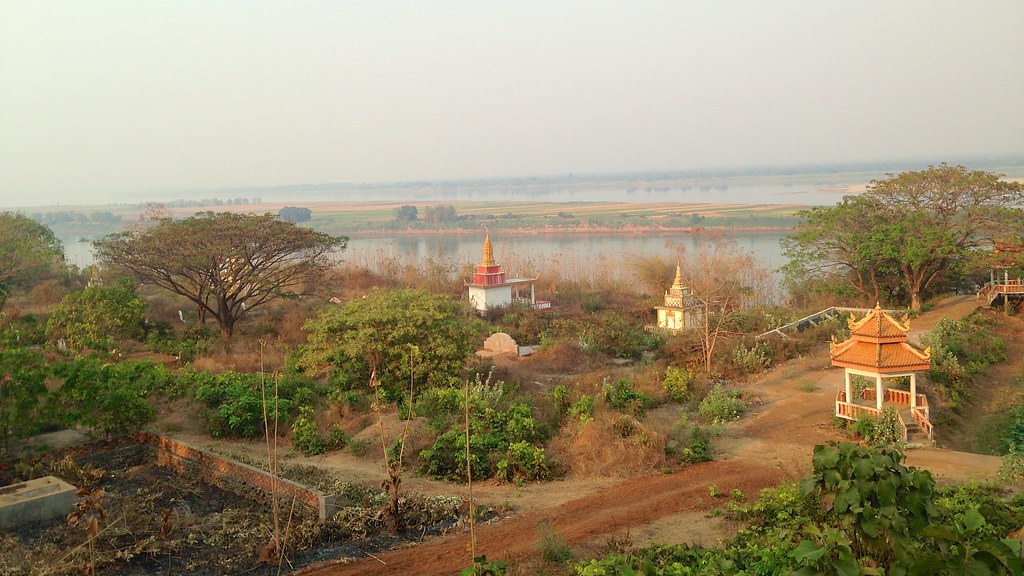 Looking out to the Mekong from Wat Hanchey (above). Fruit statues (below). 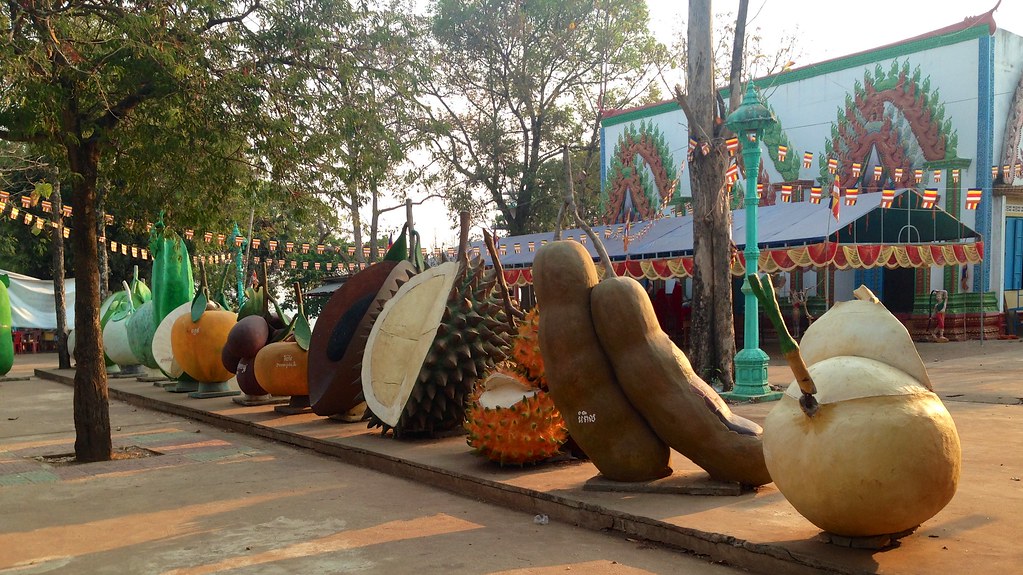 For me this was the highlight of Kampong Cham. An ancient Angkor-era temple complex is interesting enough but this one has a new temple built at the center. Several parts intertwine and it’s a really cool place to walk around, though I’ve no idea whether or not the $2 being charged by the tourist police was legit. 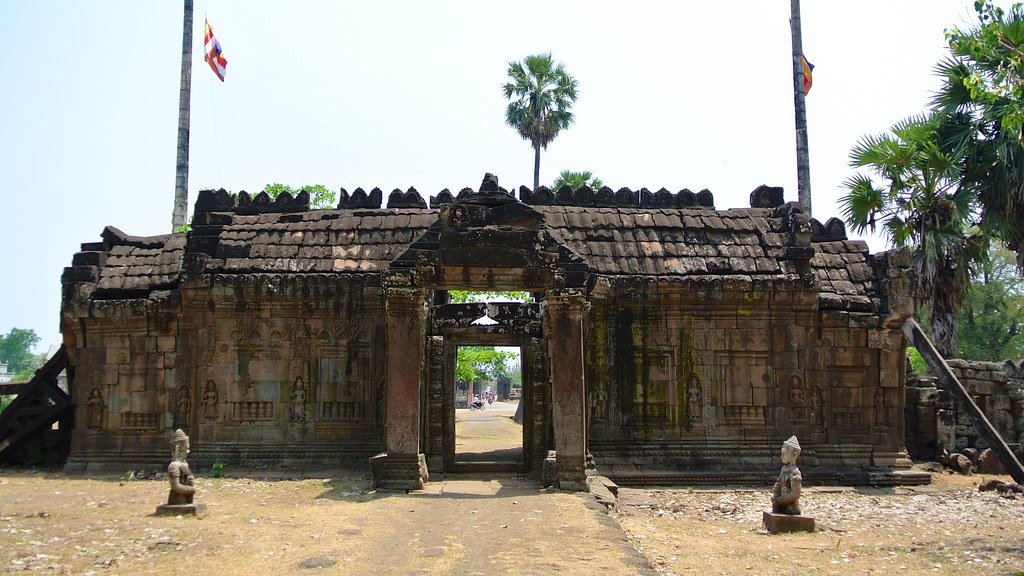 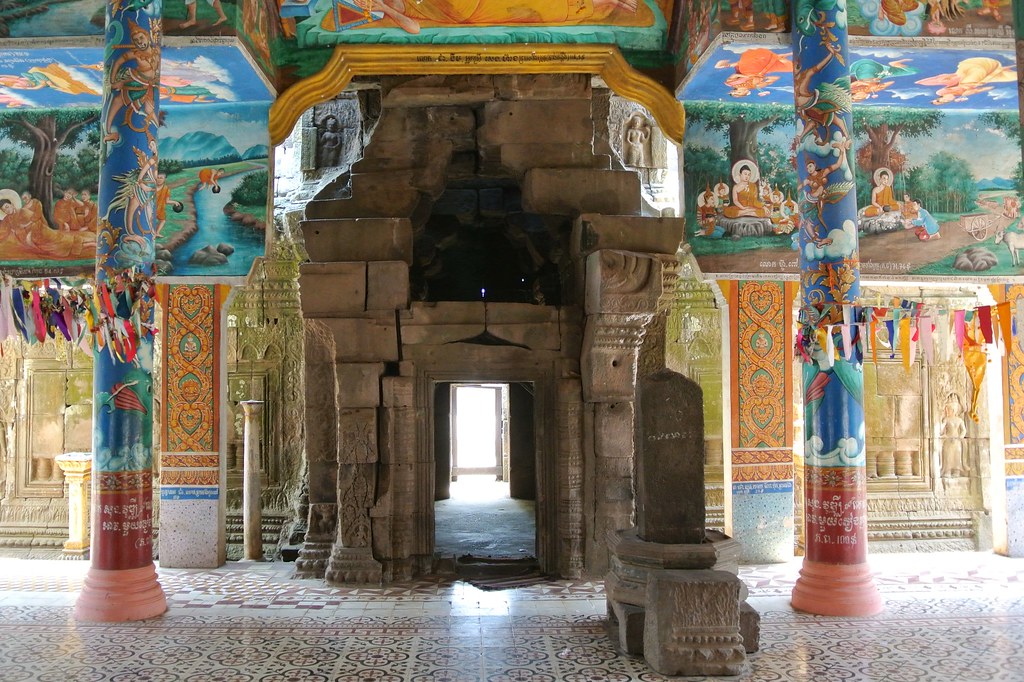 Worth a mention is SMILE Cafe. All of the staff here are either orphans or from disadvantaged backgrounds and complete 12-months classroom training before working in the cafe. It’s right by the river with good food (and Wifi!) so it’s a decent spot to hang around while helping a good cause. 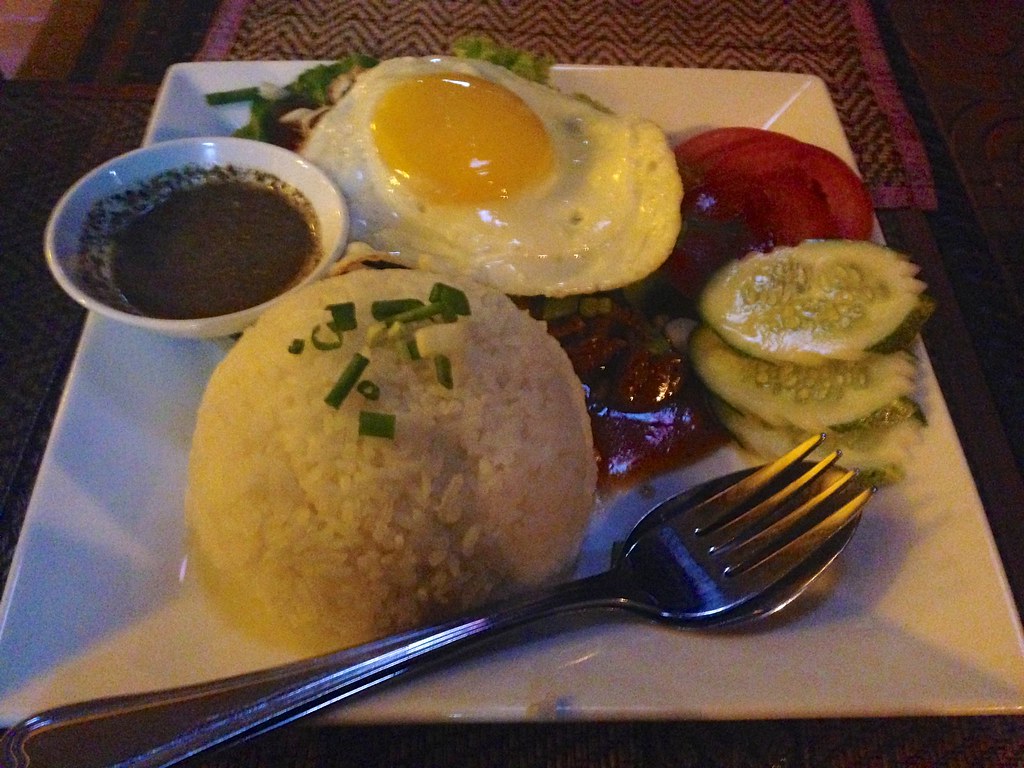