Each year from 13-15th April, Thailand celebrates Songkran - Thai New Year. In traditional Songkran celebrations Buddha images are cleansed with water, that water is then poured onto the shoulders of elders and family members as a blessing. Taking place at the hottest time of year in Thailand this evolved into throwing water over strangers and, eventually, a three-day countrywide water fight. There are many other elements to Songkran but the water fights are the most accessible (and fun!) way for non-locals to join in.

I crossed the border from Cambodia on the 12th and took a train from Aranyaprathet to Bangkok. We hadn’t reached the central station and last stop before water started pouring through the windows, buckets thrown from the neighbourhoods we were passing through. It was Saturday and Songkran had already started.

On the first day I took an early train up to Ayutthaya to see the parade that starts their celebrations. Parades are held in many places but this one in particular is led by elephants that joined in with the water fight. 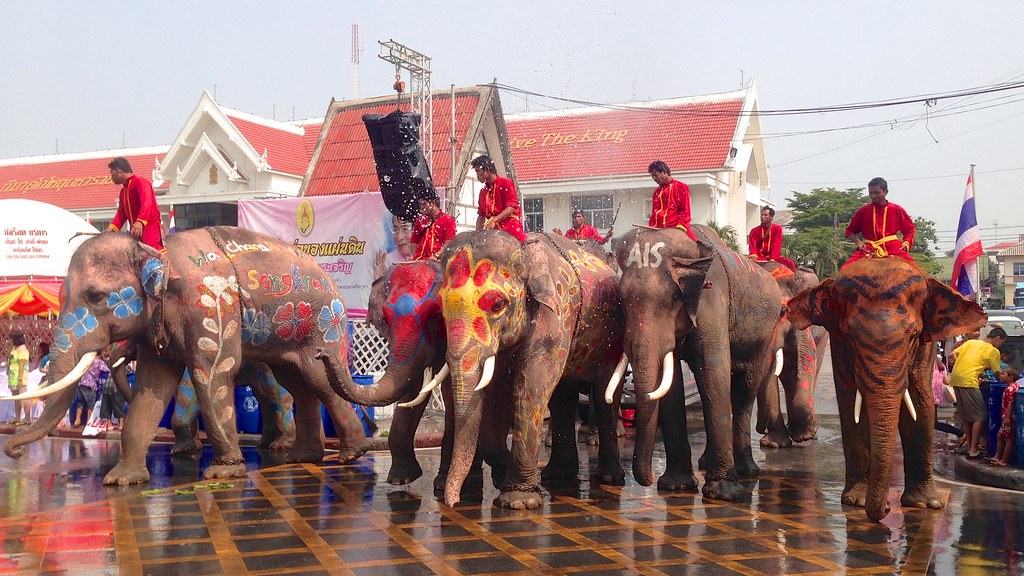 Elephants leading the parade (above). Hawaiian shirts, the unofficial shirt of Songkran (below). 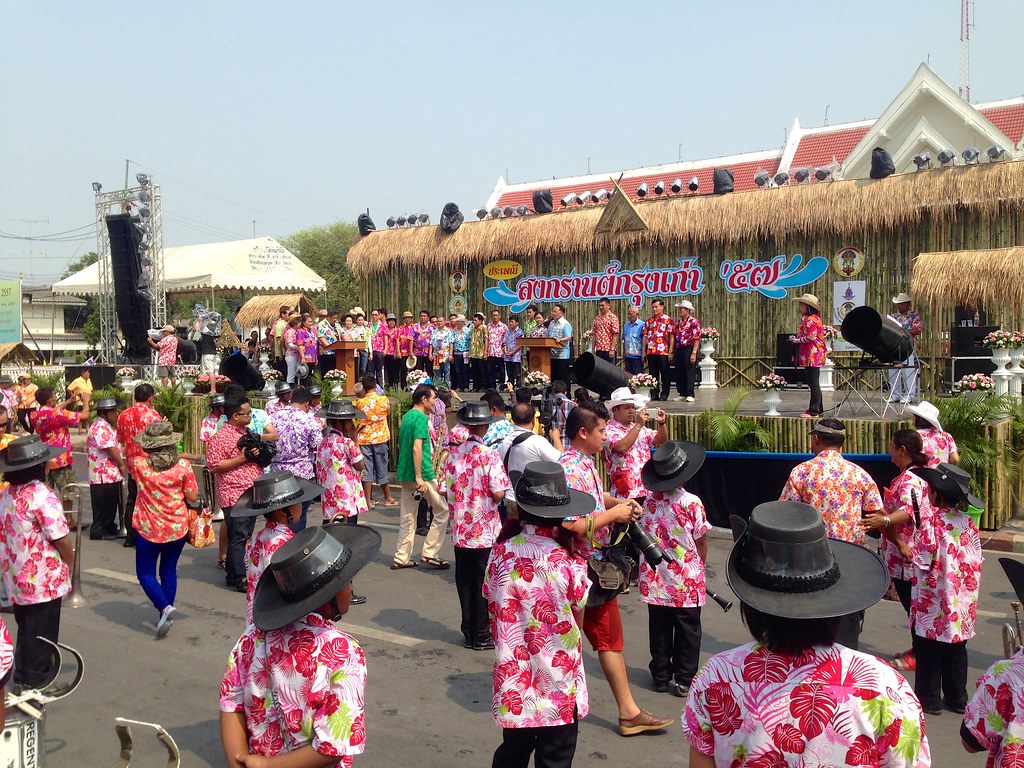 The water fights in Ayutthaya are relatively small compared to others throughout the country though. In Bangkok several roads are closed to form official events and the scale of them is mind blowing. Silom Road is one of the largest and was closest to my hostel so on the first night I just observed, looking down from the Skytrain platform. I honestly expected it to die down after the first day but if anything, it just got busier and more festive. 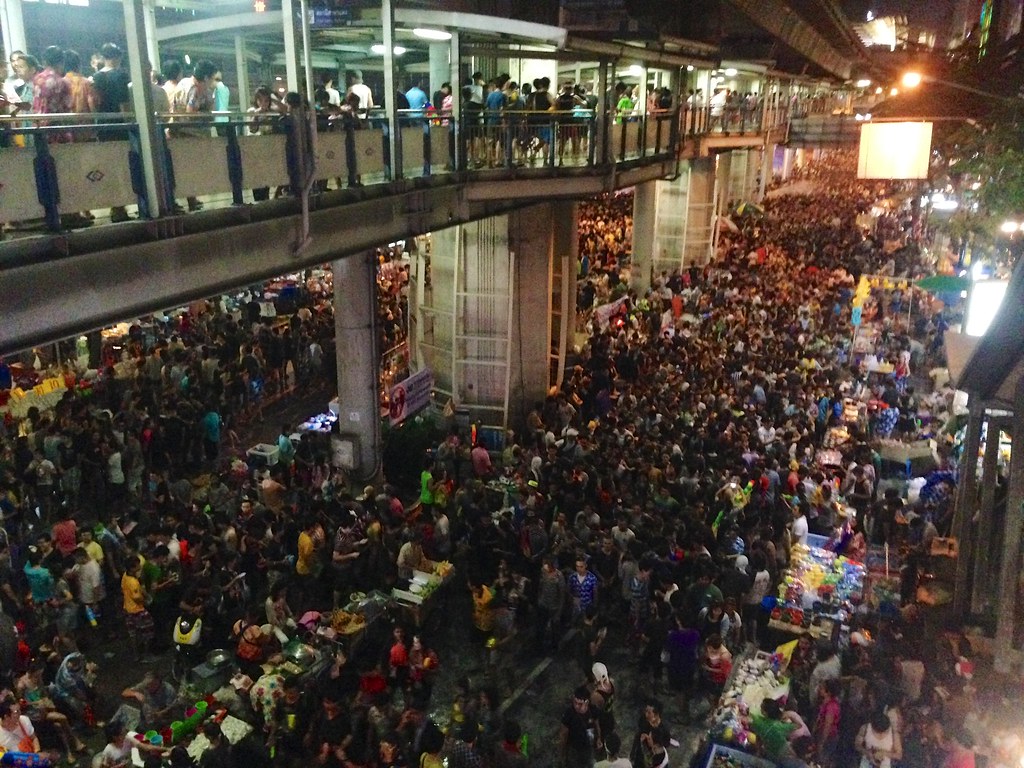 On the second day I went to Silom again with a few others from the hostel, buying water guns from the many stalls outside the MRT (subway) station. I’ve no idea of numbers but it was in the thousands: locals, foreigners, young, old, children, ladyboys and the disabled among others - anyone and everyone. I don’t think I’ve seen anything before where everyone is so genuinely happy. And unlike many New Years celebrations in the West it’s entirely unthreatening (an alcohol ban during the day does help too).

After fighting our way down Silom road we headed through the side streets where it was quieter but no less wet. A few times we joined groups of locals, them providing water for refills while we joined their “team”, attacking any people, tuk-tuk passengers or busses with open windows that happened to pass their patch. Five hours passed quickly, it was stupidly fun. 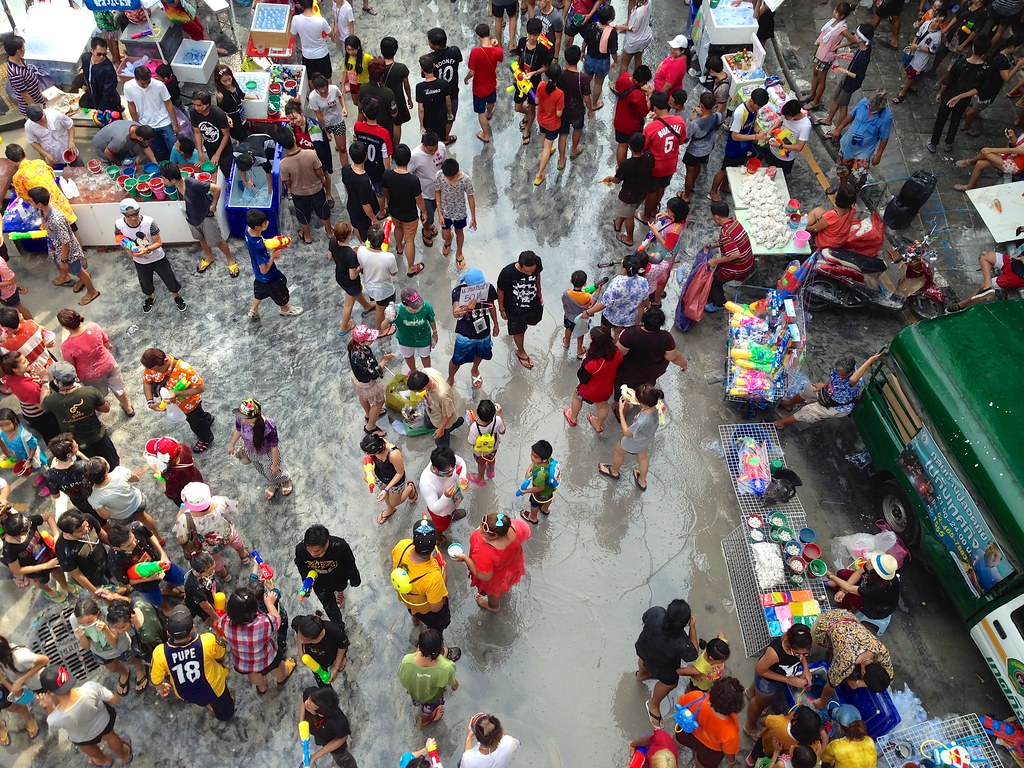 Silom Road, day three (above). Talc mixed with water is smeared on passersby as a blessing for the new year (below). 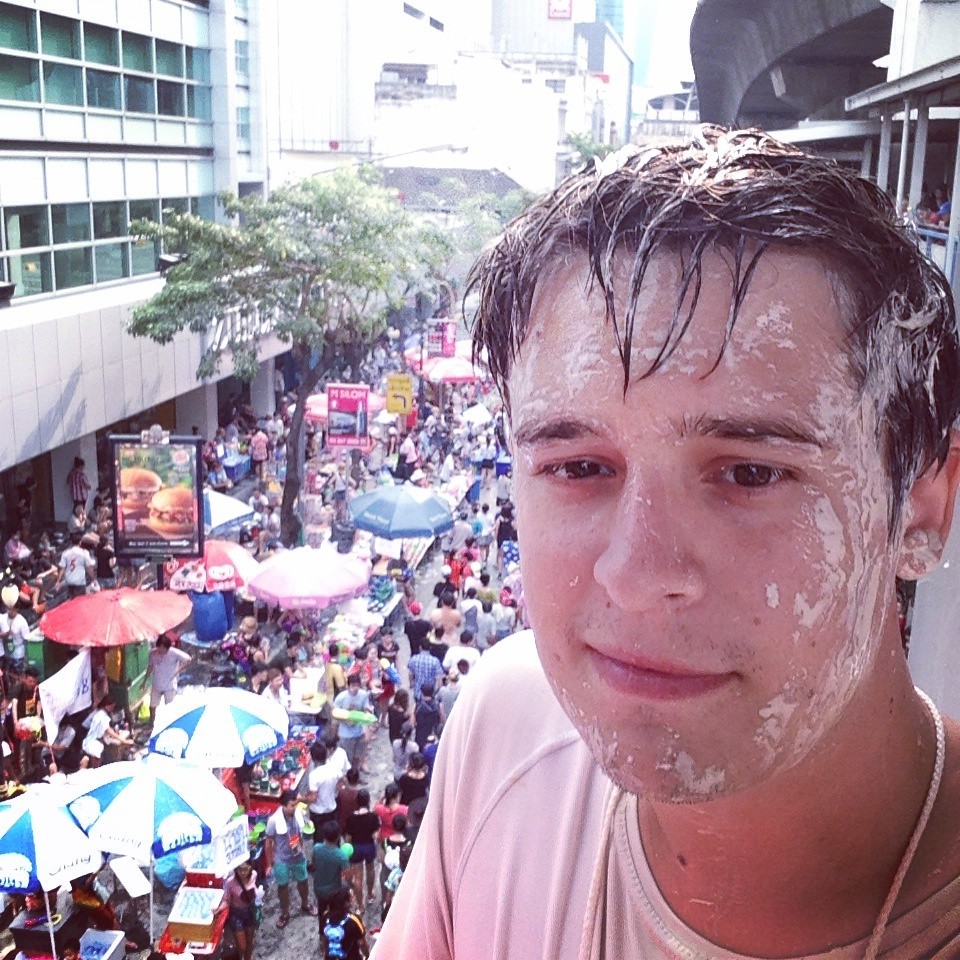 It’s worth mentioning the little waterproof pouches everyone wears around their necks during the celebrations. Sellers have them all over Bangkok (and Thailand) for around 50p - if your things aren’t in them they’ll be ruined within minutes. 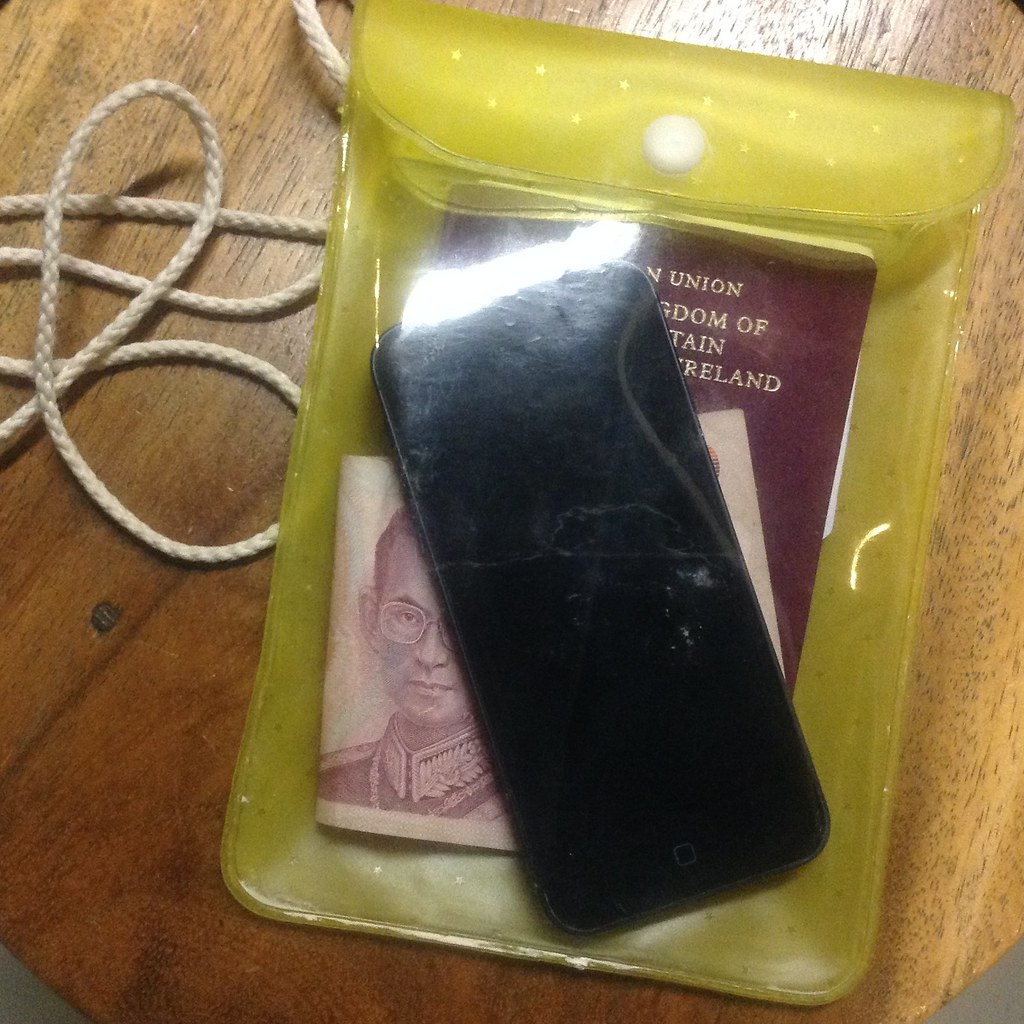 The third day of Songkran? A total repeat of the second day. Though now with water guns we could finally get some payback on the kids at the end of the hostel road, they’d been soaking us for the previous two days!