From Kampot I took a short half-hour bus ride to the sea-side town of Kep. Somehow I managed to sprain an ankle on the way to the bus station and spent the first two days in Kep just sat around. Thankfully the guesthouse had a great sea view, restaurant and an Xbox. Lots of locals were nice enough to stop me in the street to ask what had happened, though I should have made up a better story than falling off a curb. 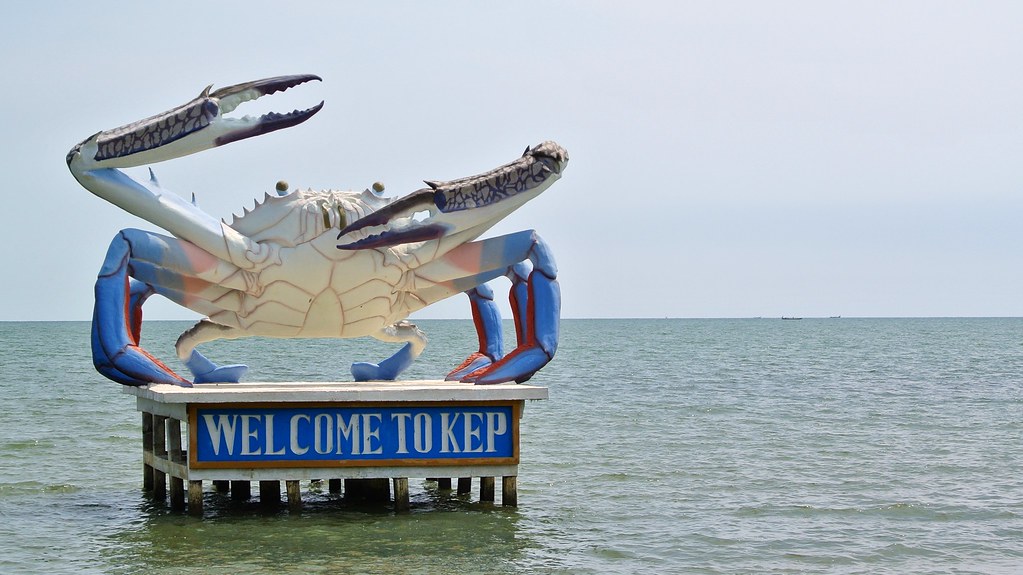 Kep is spread out along the coast so walking around the whole town isn’t really an option. There are some colonial villas to see and a national park (I couldn’t walk well enough to see the later) but in general I wasn’t that keen on the place. It does however have a great seafood market, supposedly with the best crabs in the region. There are lots of other options too, squid and prawns being the most popular. The food is extremely fresh, you can watch the crab traps bobbing in the sea while you eat dinner. Eating gets messy, though that’s part of the fun. 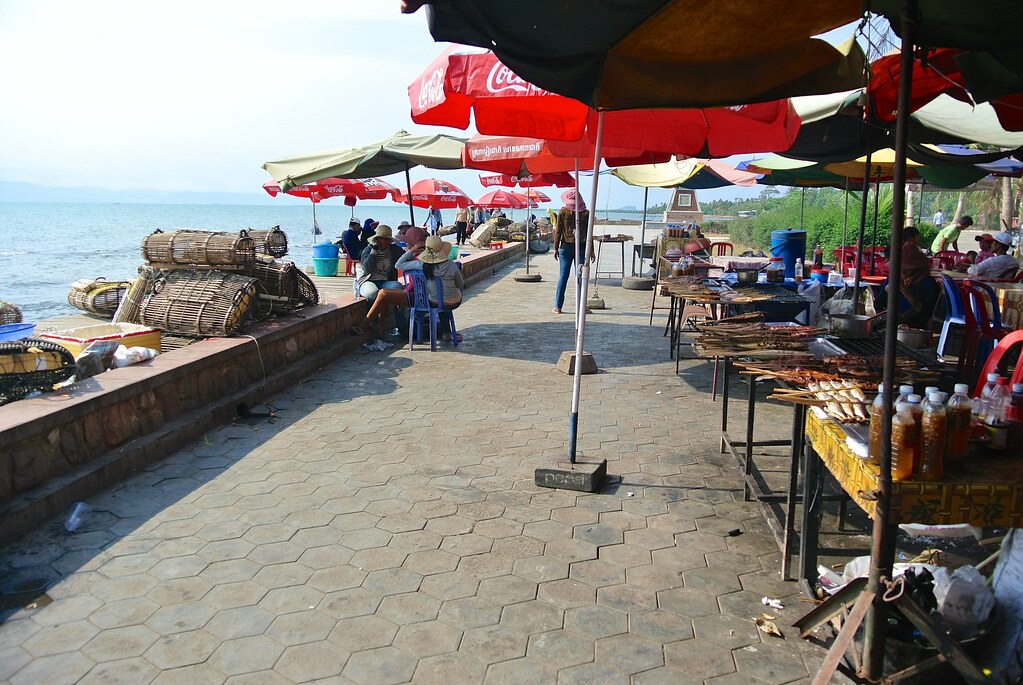 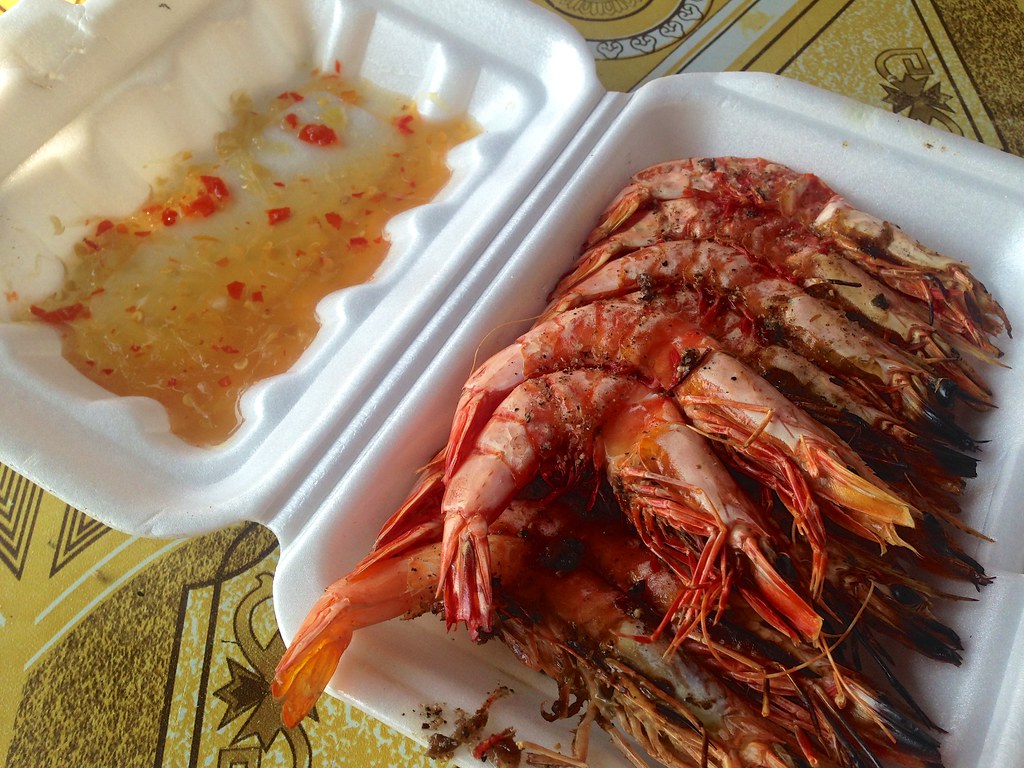 Being disappointed with Kep wasn’t much of a problem as like most other travelers I was there to visit Koh Tonsay, an island about 20 minutes offshore. It’s better known as Rabbit Island as the locals say that, viewed from above, the island resembles a rabbit (they’ve been drinking too much Angkor if you ask me). 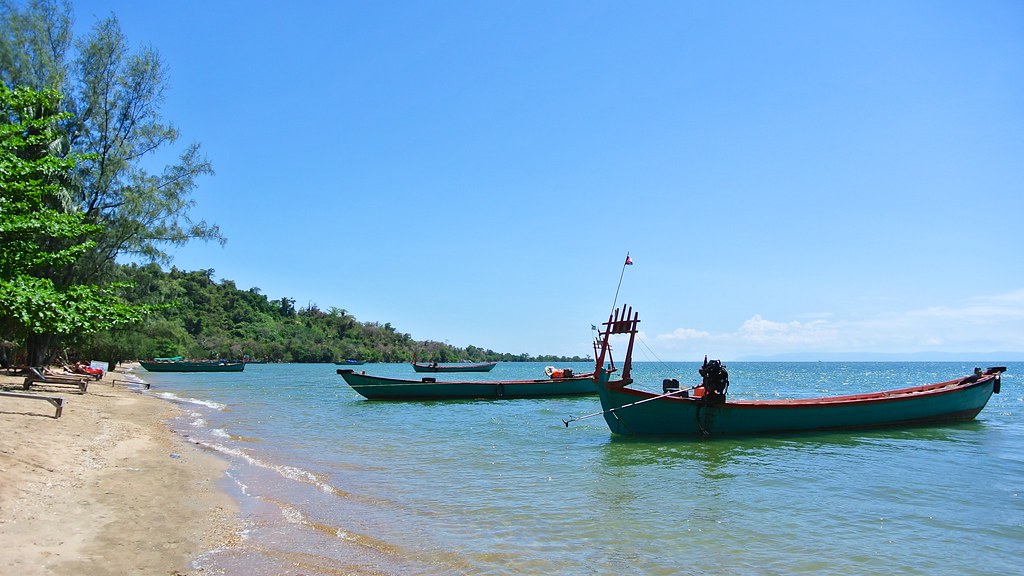 There are around 10 places to stay on the island all in one area, each with 5-10 bungalows and a restaurant. The bamboo bungalows are basic: bed, mosquito net and a squat toilet. You don’t need much more though and they’re only $6 a night. 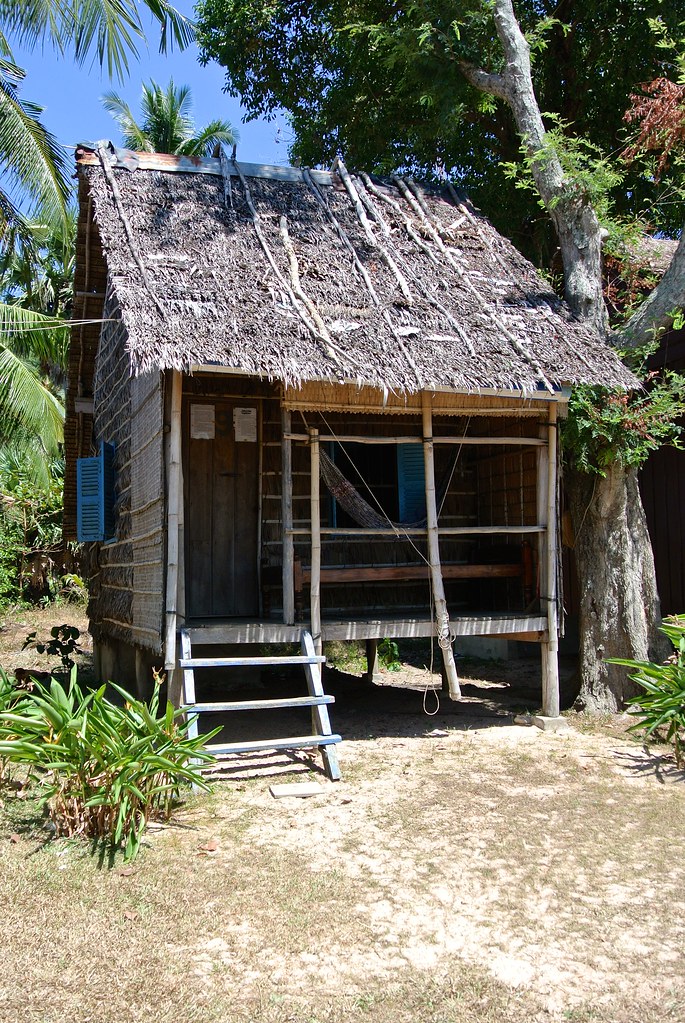 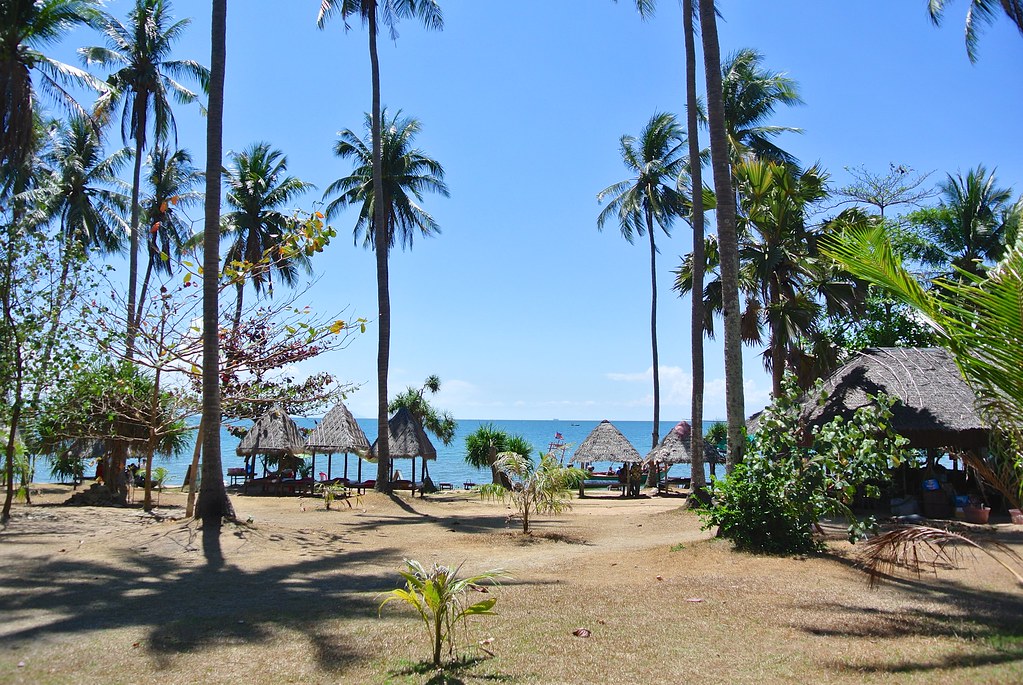 My bungalow and its view.

The island has no electricity so each guesthouse has a generator to run around 7pm-9pm for lighting. The upshot of this is forced disconnect (no internet!), quiet evenings and a stunning night sky. I was planning on just staying one night but after a chilled out day I decided to stay for a second. The sunset may have persuaded me too. 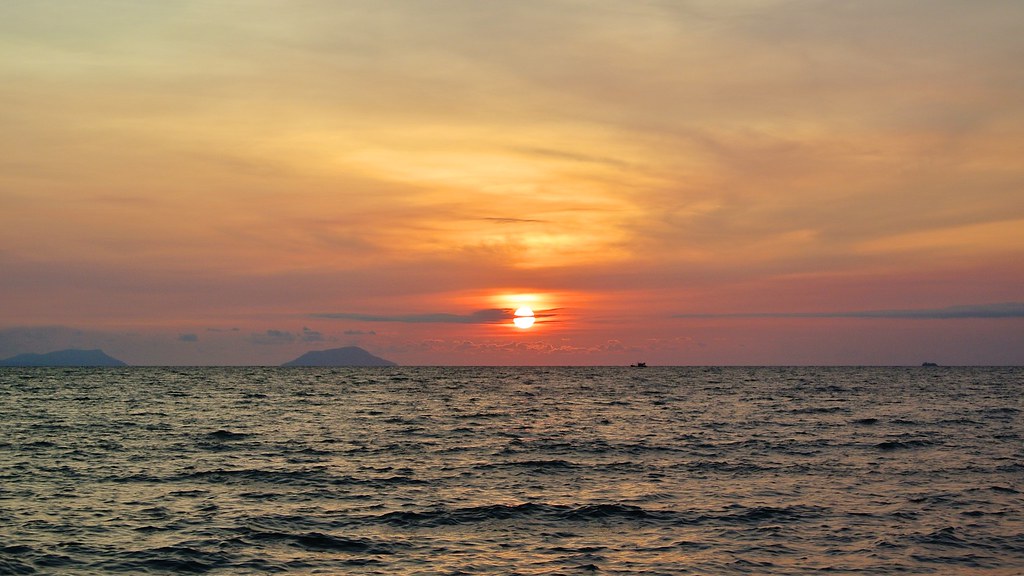 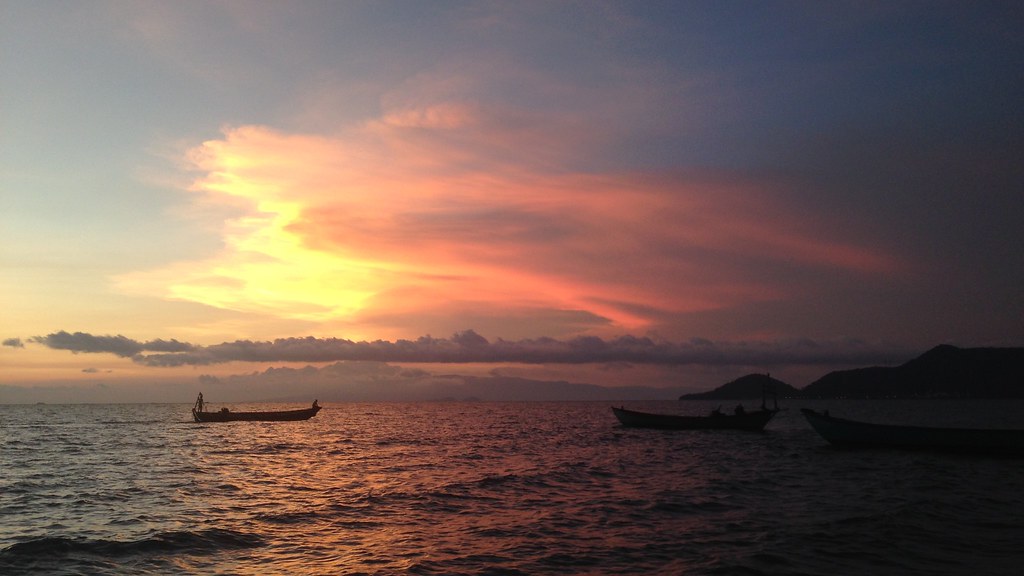 More photos of Kep and Koh Tonsay on Flickr.