From Manila I headed for the mountain town of Banaue, famous for its rice terraces. There’s a 12-hour overnight bus but I prefer to avoid those and see the scenery instead, so I first took a five-hour bus to Baguio after battling the packed MRT at rush hour. The scenery on the way to Baguio was pretty good but it was outstanding the following day on the six-hour minibus to Banaue, which made up for the really uncomfortable ride. 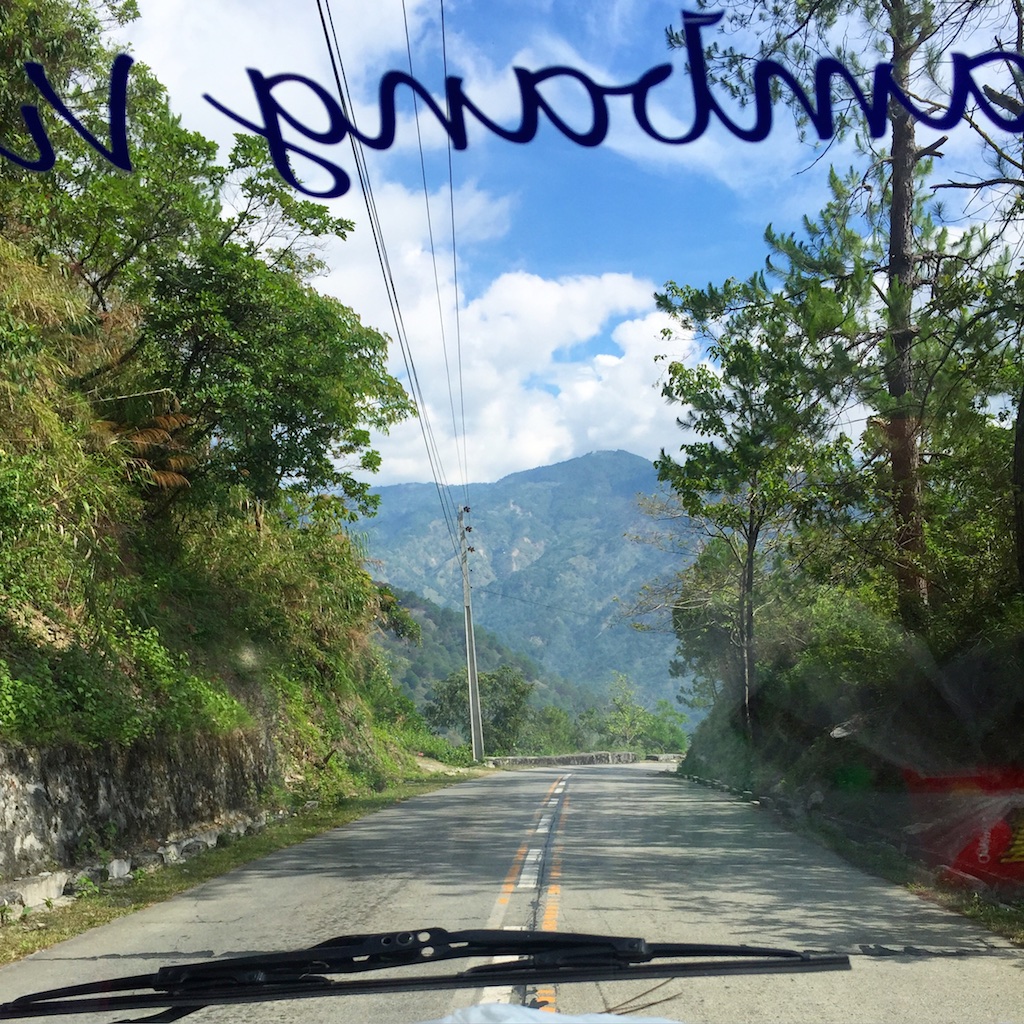 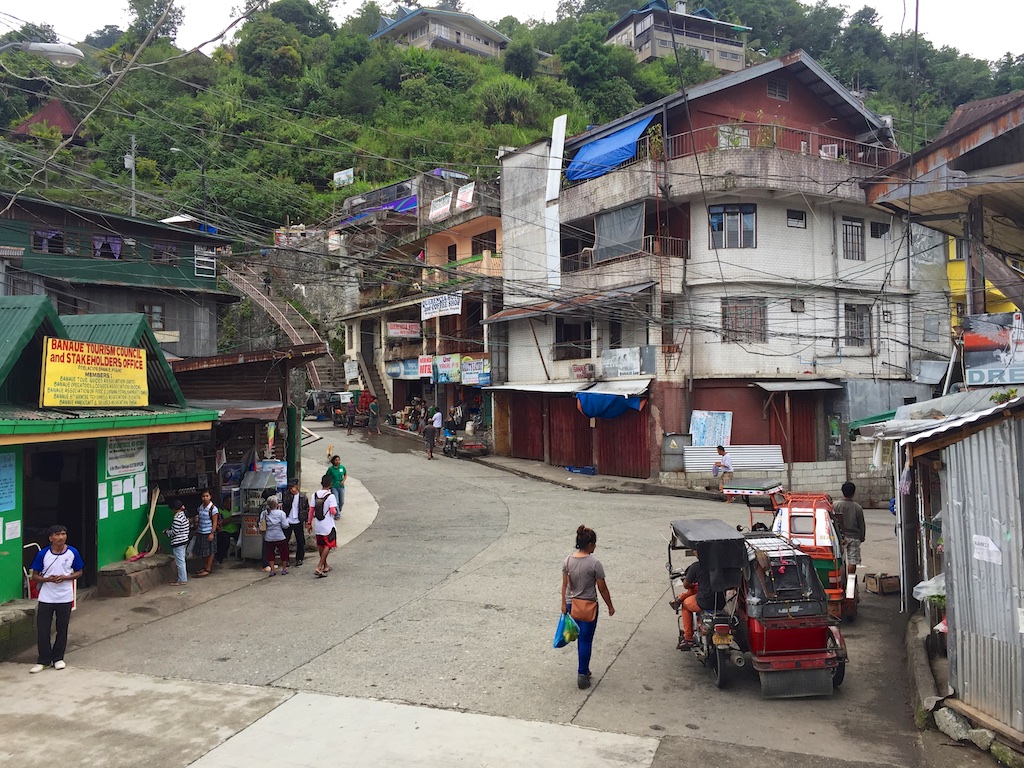 The day after arriving I followed the main road up through the rice terraces, with the views getting better and better the higher I went. The terraces were built largely by hand around 2,000 years ago and it’s now a UNCESCO World Heritage Site. The road had several groups of houses with friendly kids eager to say hello to a white face and it was here I saw ligiron, essentially mountain luge, with kids racing down the hill on a wooden bike. 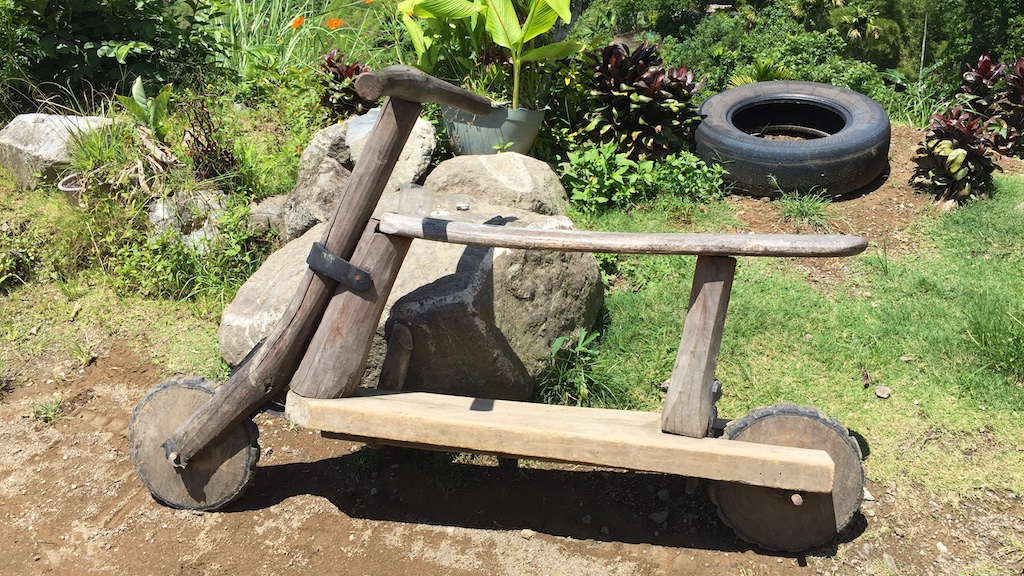 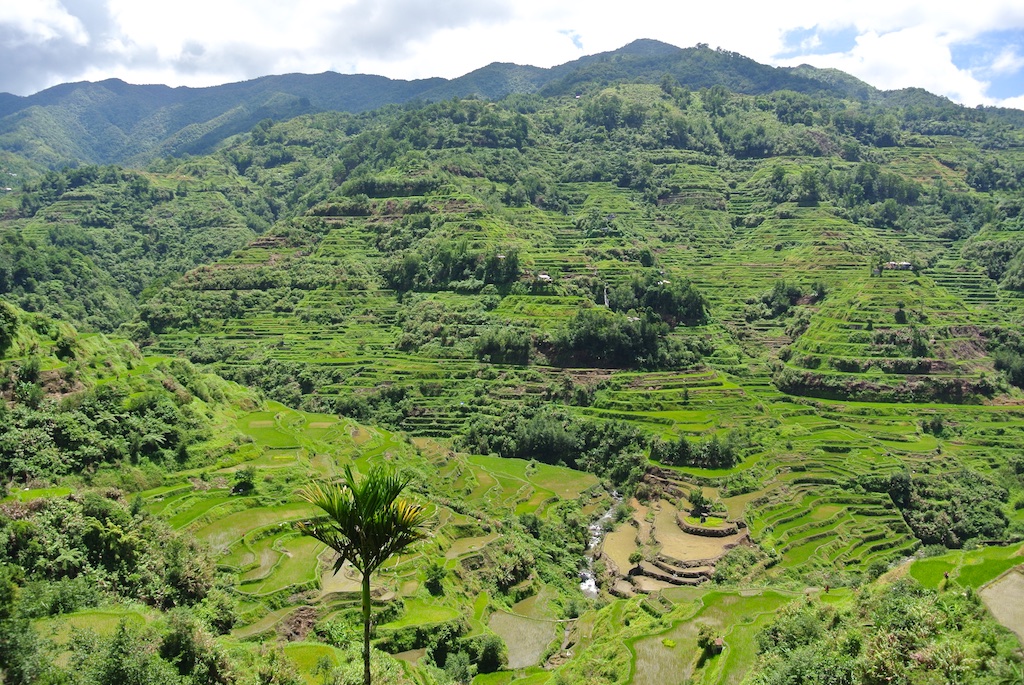 Eventually I reached the main viewpoint where I hired a guide to trek with, a college student who had grown up walking through the terraces and knew them well. The trek took around three hours including a rest stop at a farmers house while we waited for some rain to pass. The view of the terraces from the viewpoints were stunning but you get a new and interesting perspective once you’re walking through them. 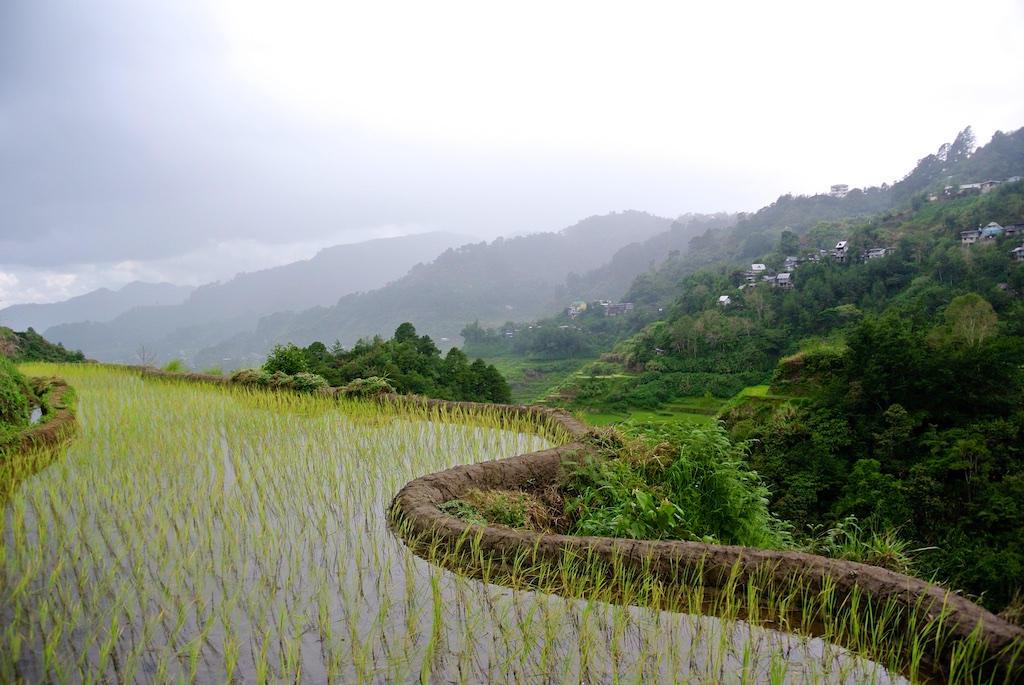 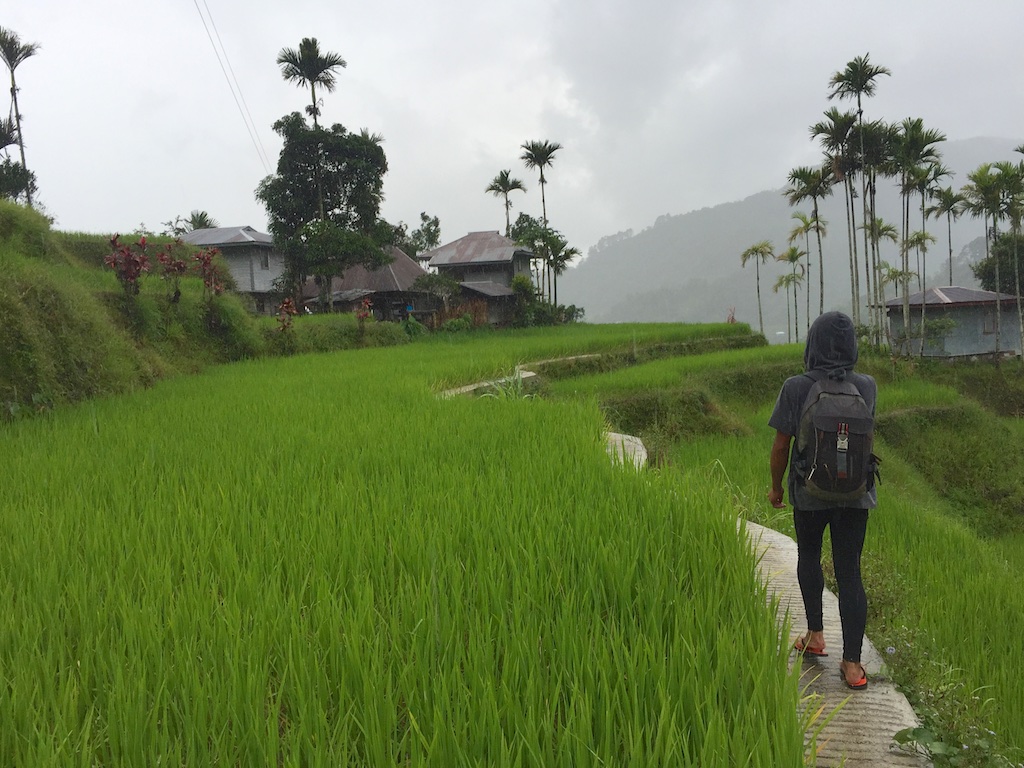 I also made a visit to Batad, a village not far from Banaue town. It cannot be reached by road so I took a tricycle to the start of a trail and walked an hour to the Batad viewpoint overlooking the terraces and village below.

The popular Filipino tricycle, a motorbike with sidecar 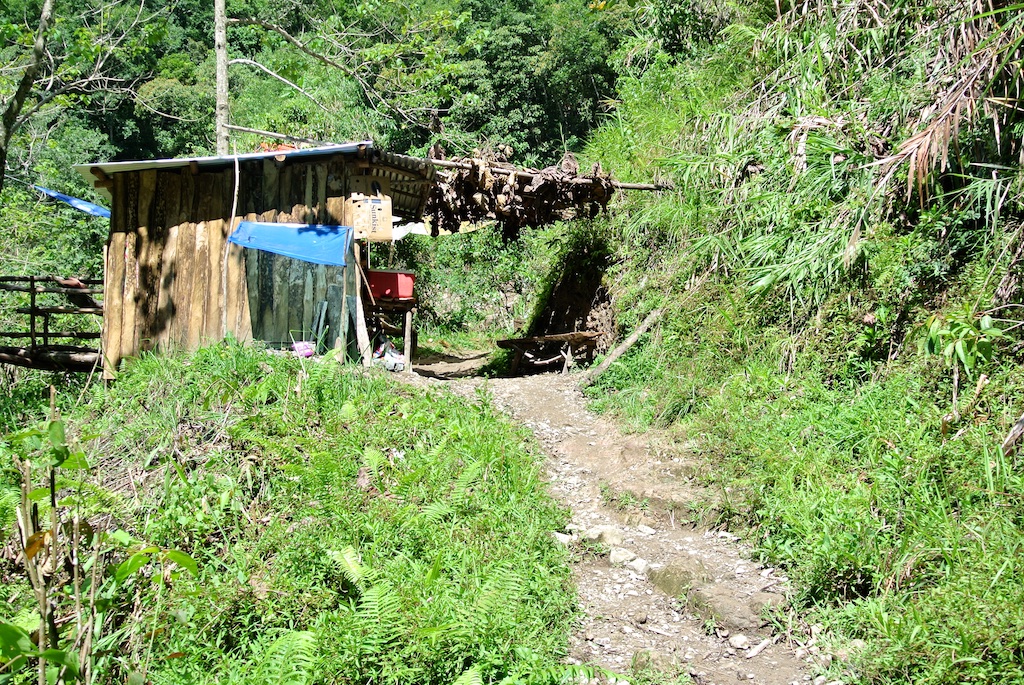 The trail to Batad 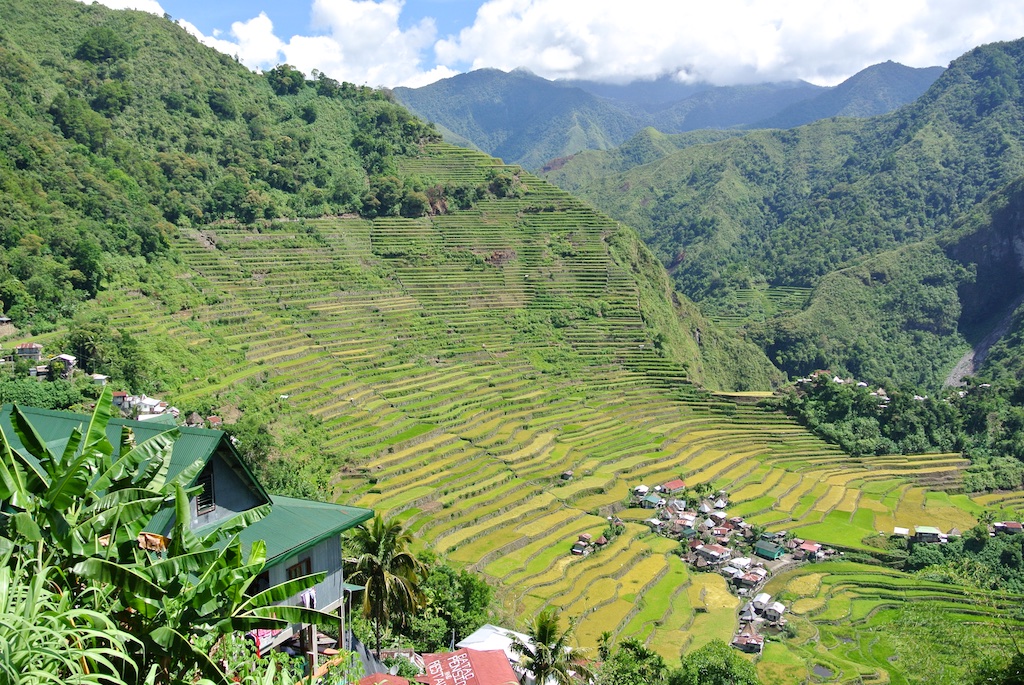 From Banaue I took two jeepneys for a total of about three hours to Sagada, another mountain town. It’s worth mentioning the climate of these towns which are cool and pleasant, dropping to around 20°C at night. But without exception there are afternoon showers so it’s worth getting an early start on the days spent in the region.

Sagada is mostly known for two things, caves and hanging coffins. I’m not a fan of caving so I visited only the coffins and did some walking outside of the town. 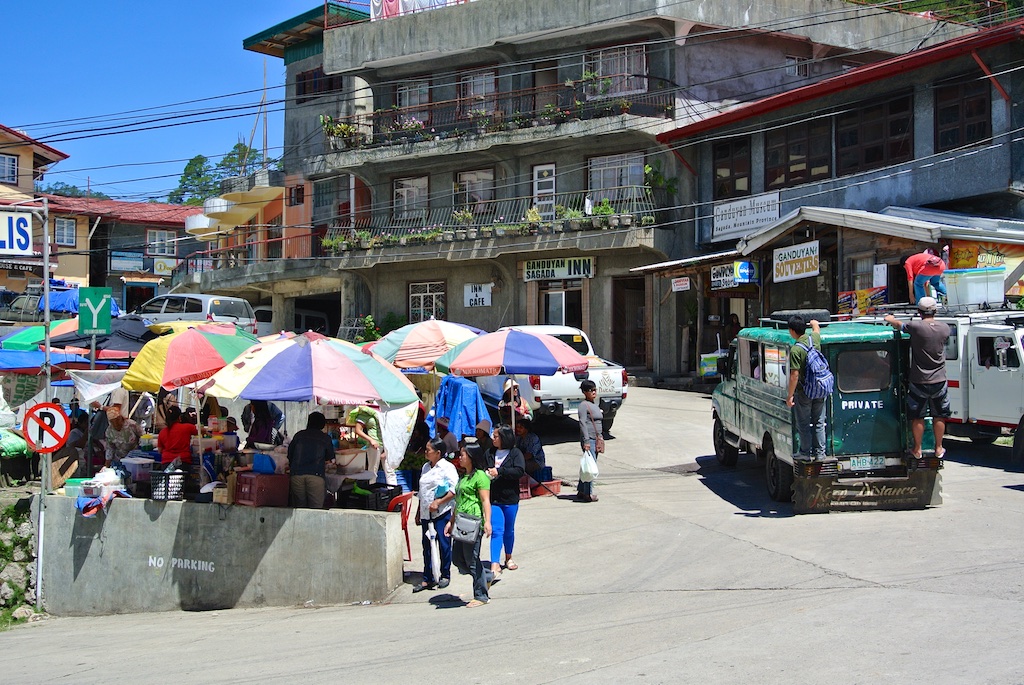 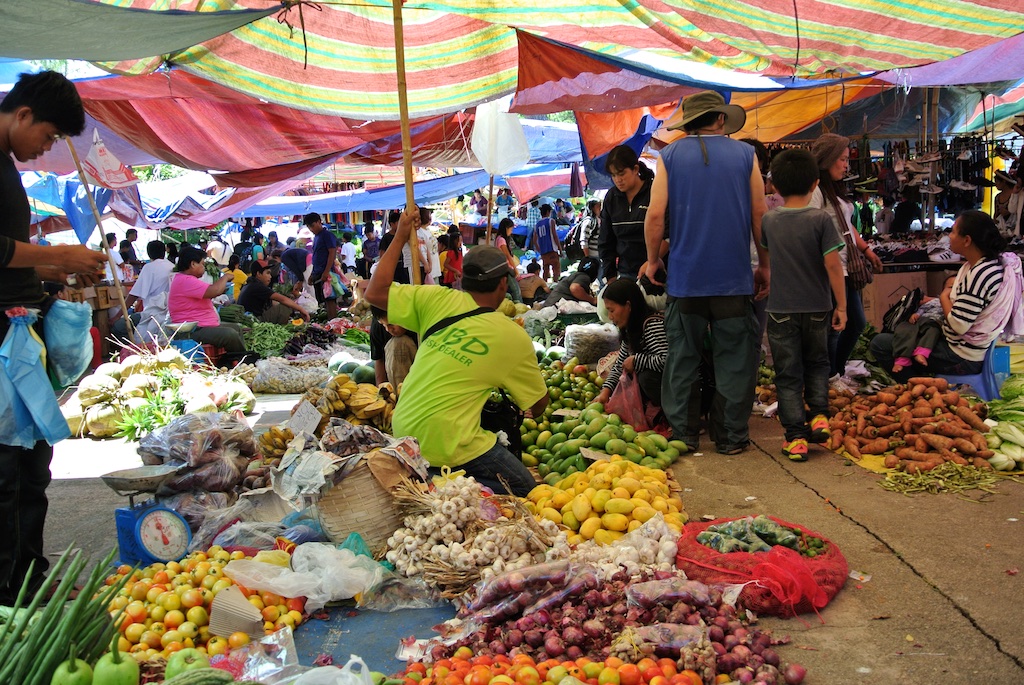 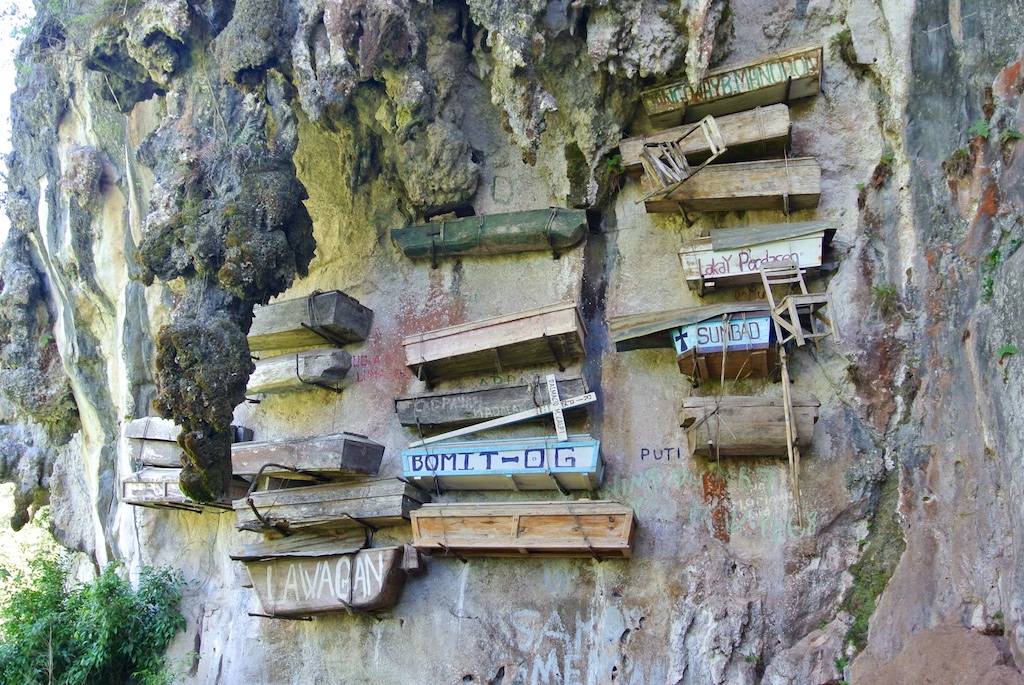 The tradition is only practiced by some minority groups and it is reserved for their elders who are placed in the foetal positon, the short coffin carved from a single block of wood. The full length coffins are apparently from the period where Christian missionaries were in the region who modified the tradition. There are also coffins placed high up in caves, pulled up the cliff face using rope made from vines.

After Sadaga I made the long trip back to Manila, again stopping in Baguio overnight. This time I managed to arrive earlier in the afternoon and see some of the small but busy city including the packed Sunday market and Burnham Park. Music and dance are hugely important in the Philippines and even the public park had speakers playing a variety of local and international songs. 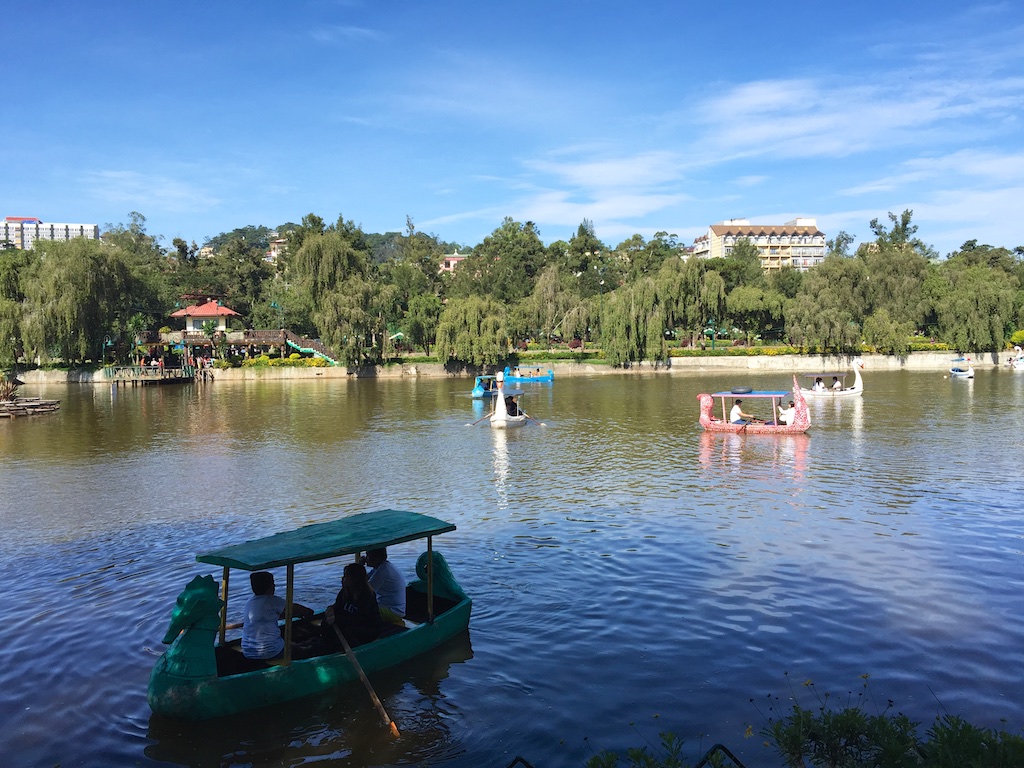 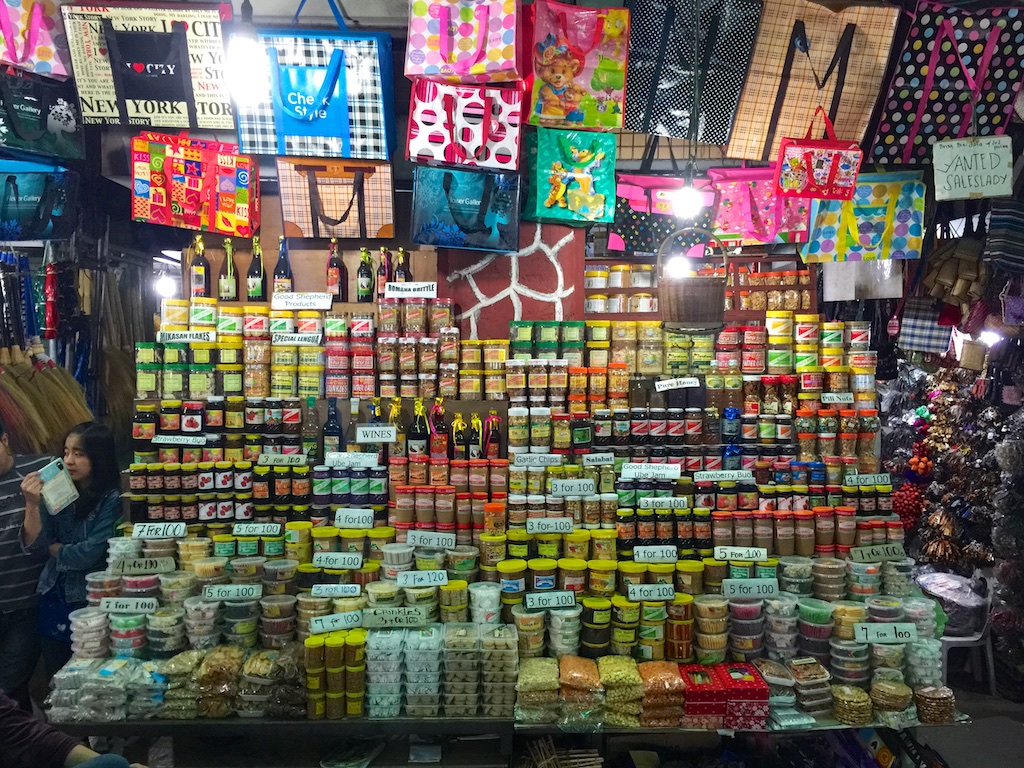 Arriving back in Manila concluded my tour around mainland Luzon, just one of the country’s 7,107 islands.