From Hualien on the East coast I continued to Kaohsiung on the West coast, the second-biggest city in Taiwan. No train crosses the mountain range in the middle of Taiwan so I had two options, backtrack to Taipei and then take the HSR (essentially the Japanese bullet train which they licensed) down the West coast or a slow train down the East coast and around the bottom of the island. I chose the scenic (and cheaper) route which took a leisurely 5 hours but was a nice journey. 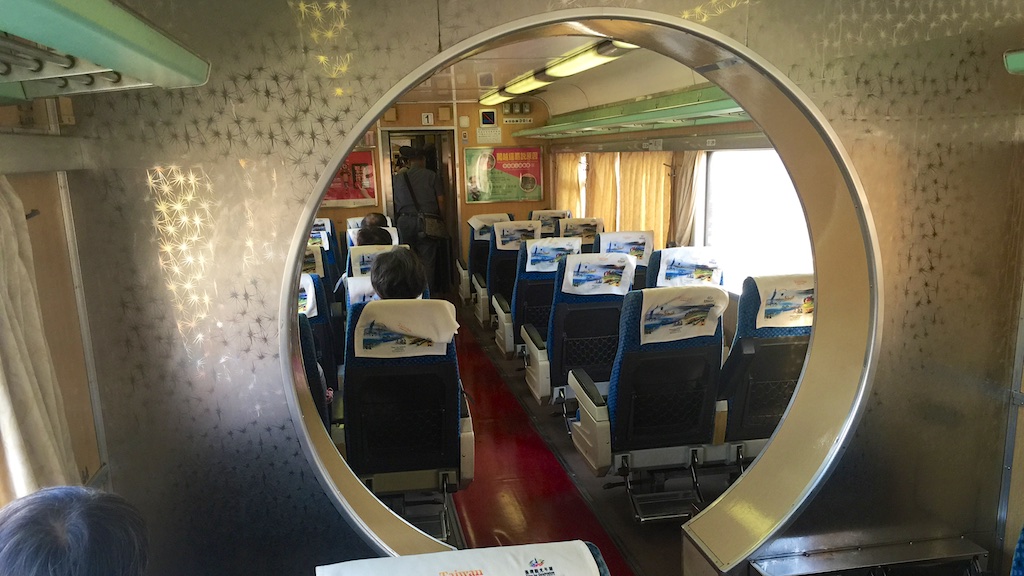 Train and the view on the way to Kaohsiung. 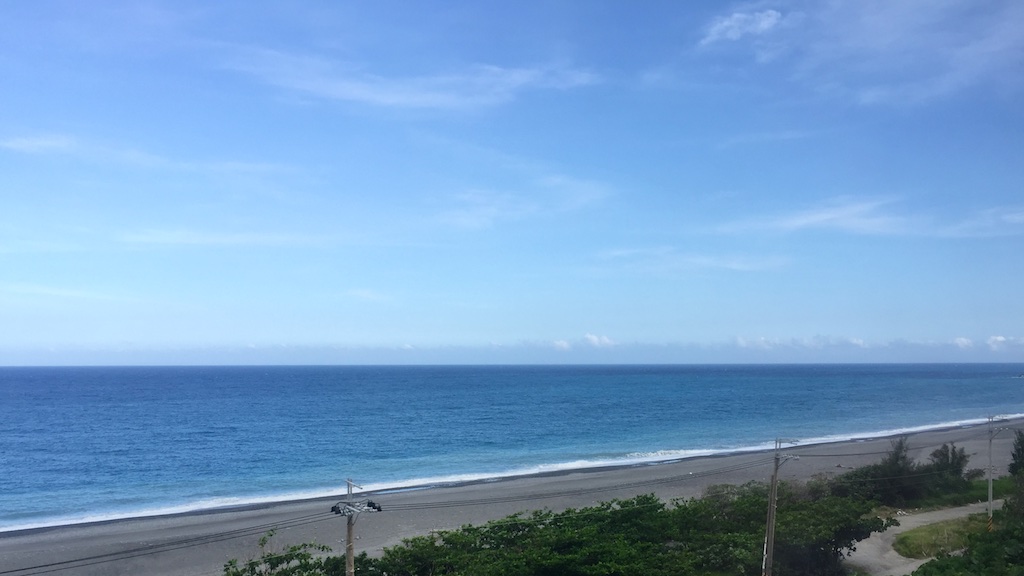 Kaohsiung is less busy and congested than Taipei and, for me at least, just generally more enjoyable than the capital and with much nicer weather. It can be more difficult to get around though as the MRT is relatively new and the system isn’t dense, so sometimes it can be a bit of a walk from stations to points of interest. There are some great stations but all are surpassed by Formosa Boulevard, the interchange station for the two lines. 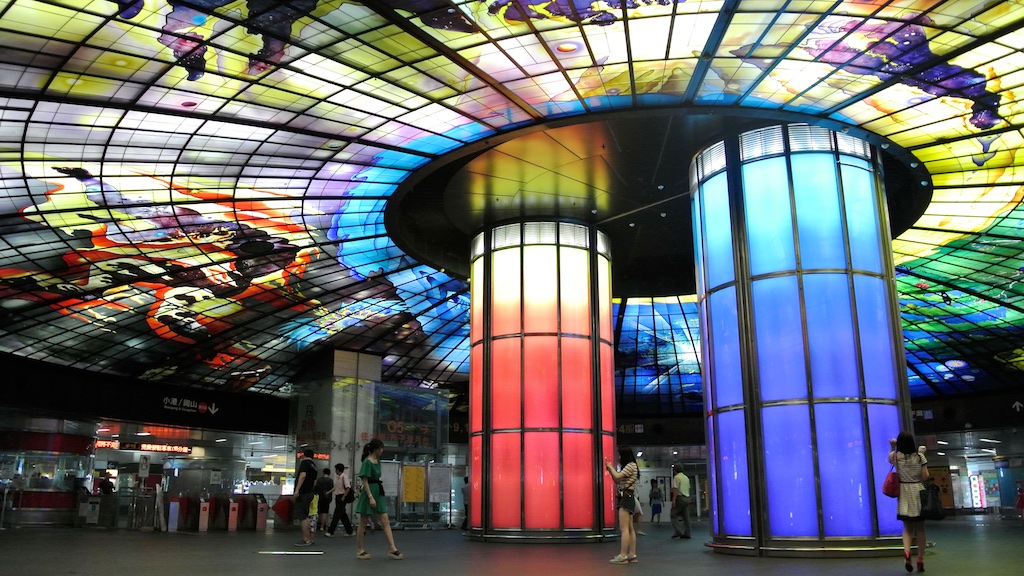 Pier 2 is an art district on a old shipping pier with some interesting sculptures, galleries and most noticeably, a giant Bumblebee (from Transformers). It’s a really nice area and was very popular with school kids and office workers taking lunch on the day I visited. 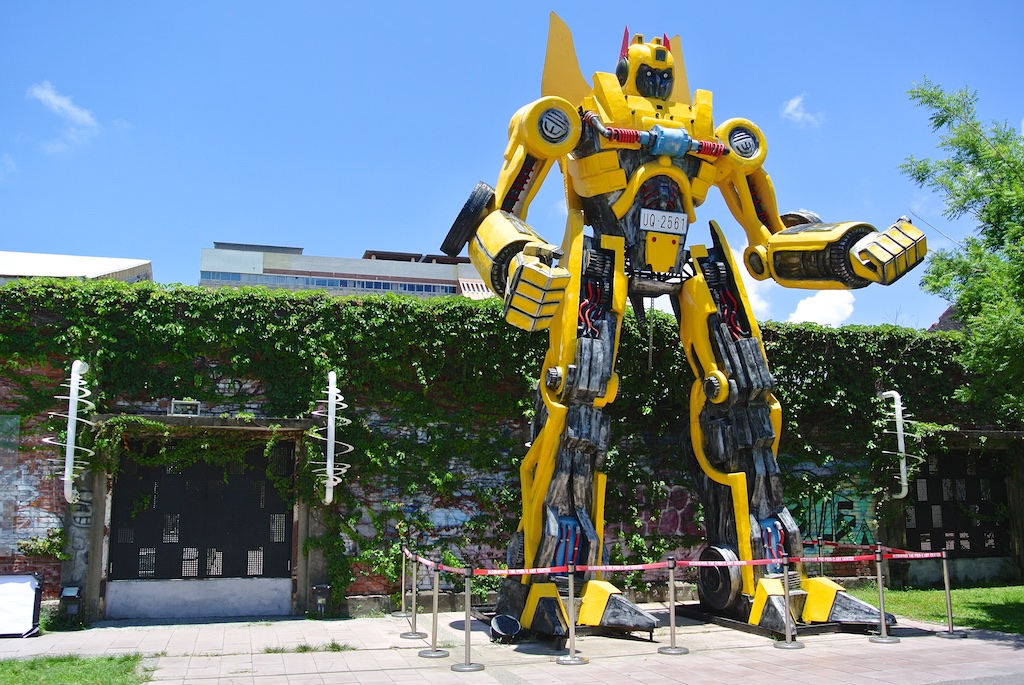 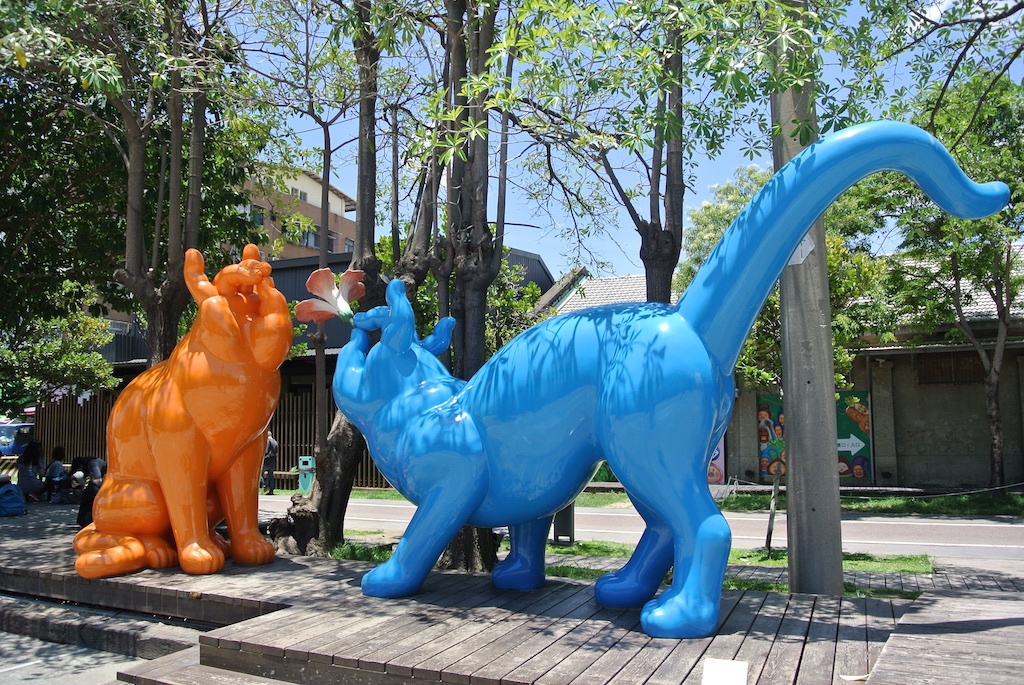 Close to Pier 2 you can take a five-minute ferry over to Qijin island. You can hire a bike to cycle down the length of the island along a beach path but it was far too hot on the day I visited. I chose instead to walk up to the lighthouse at the top of a hill (probably not an easier option in retrospect) which had some great views over Kaohsiung. 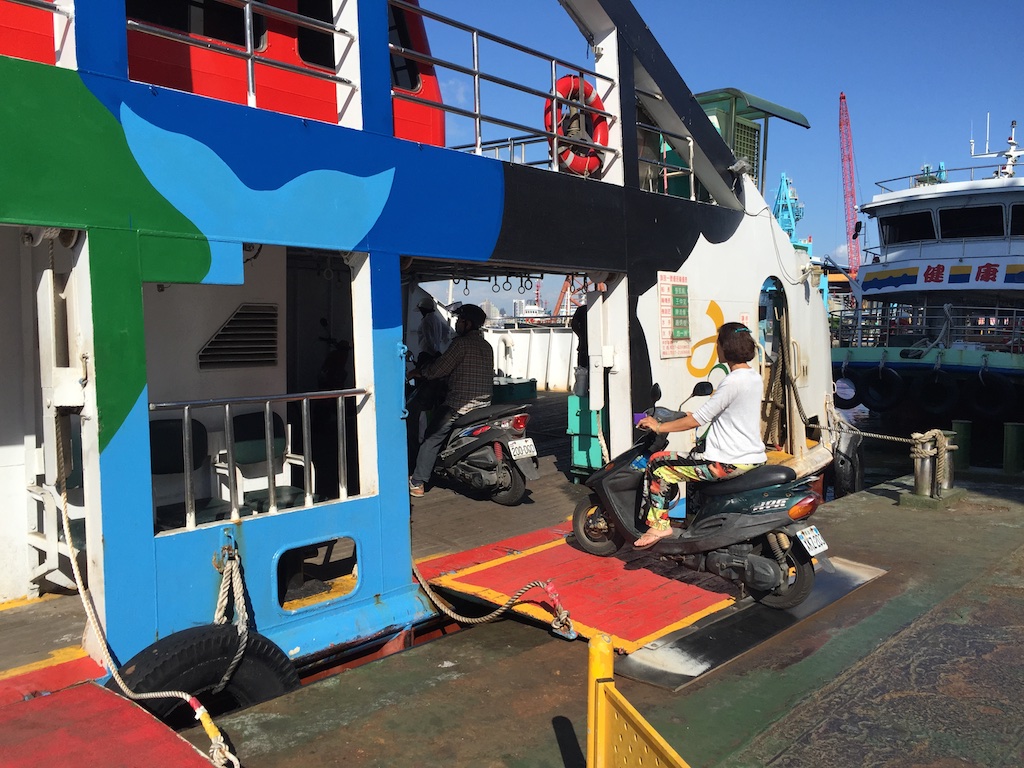 Ferry to Qijin. Scooters on the bottom deck, foot passengers on the top deck. 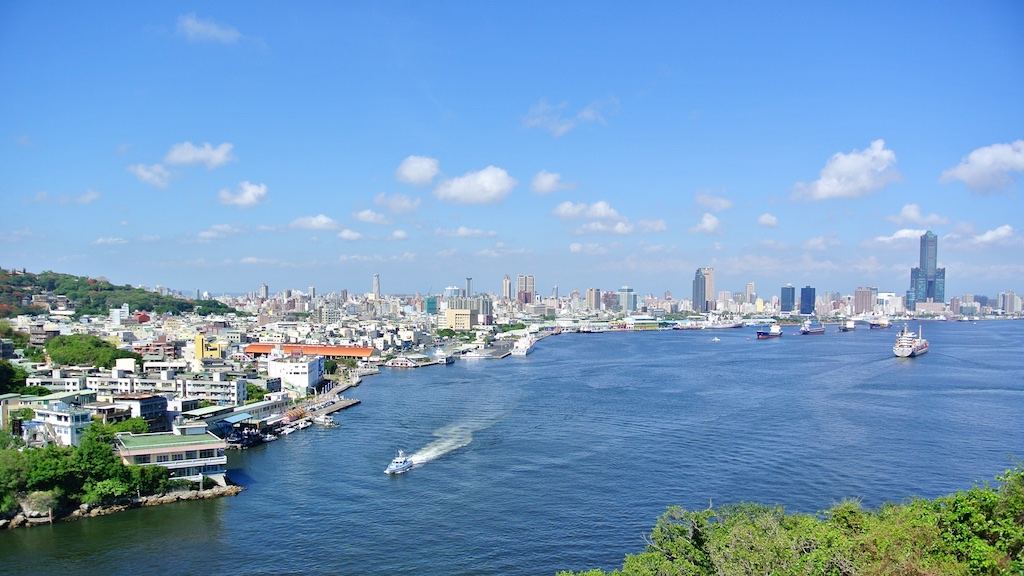 From Kaohsiung I look a short train up to Tainan, the old capital of Taiwan. I visited a few interesting places including the Confucius temple and a large day market, but I was only there for one night mostly to break up the trip to Sun Moon Lake. I did get to see a parade on the way to a temple though which was certainly different to what I’ve seen before. 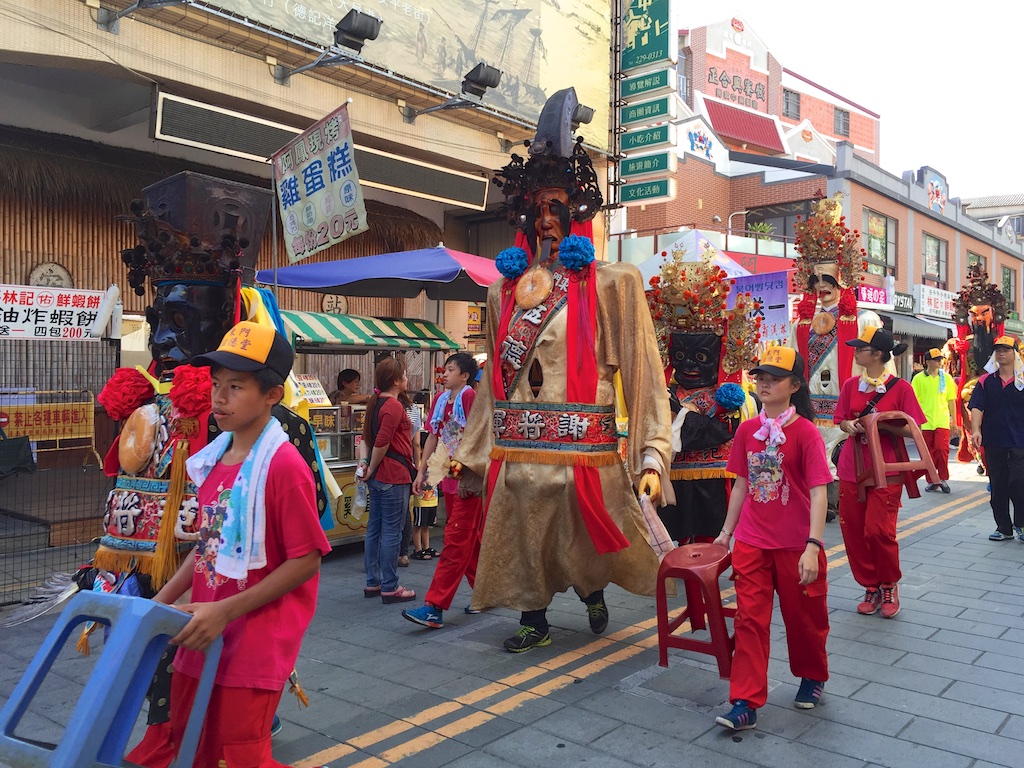 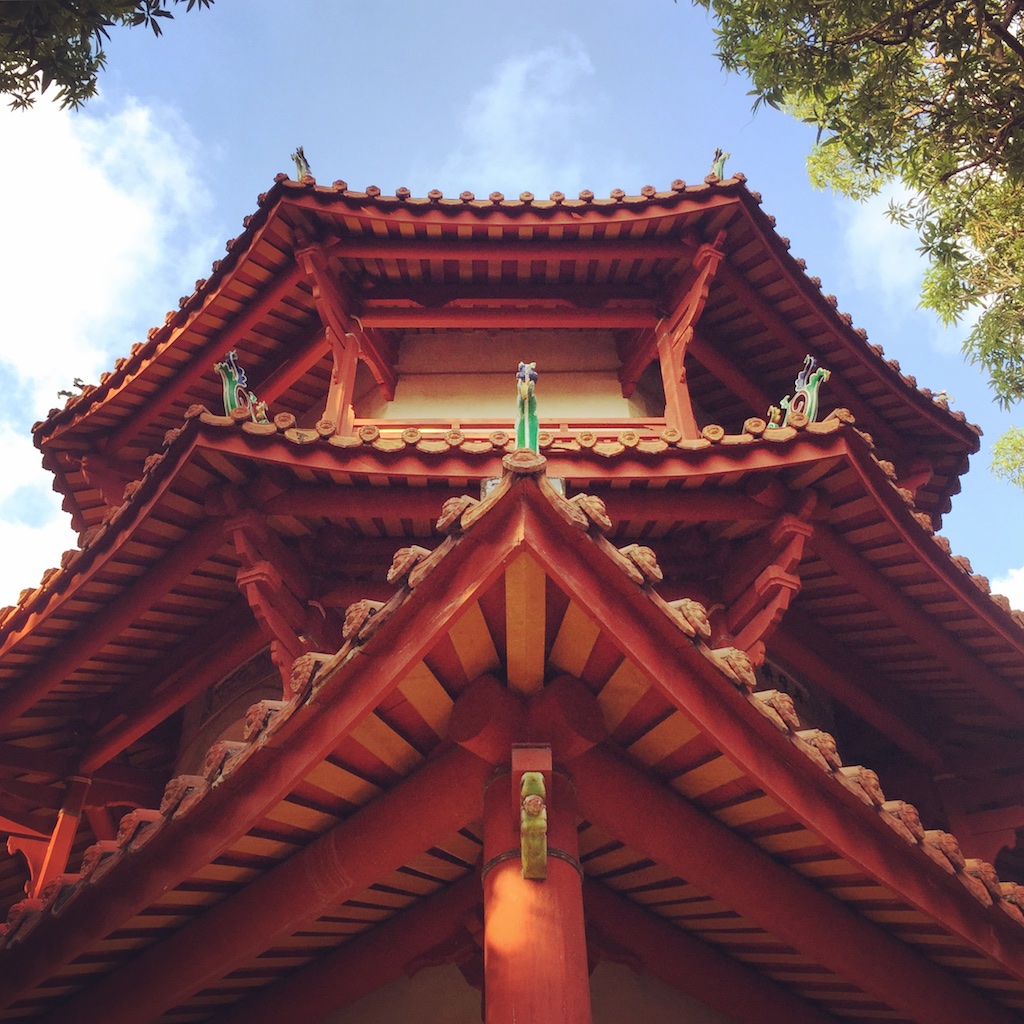 The lake is a major tourist attraction in Taiwan and like the national park in Hualien, is extremely popular with large tour groups from mainland China. When I arrived around 2pm the docks were completely crowded with huge queues for boats out onto the lake. I took a walk around some less crowded areas and got a boat first thing the following day while it was still quiet. 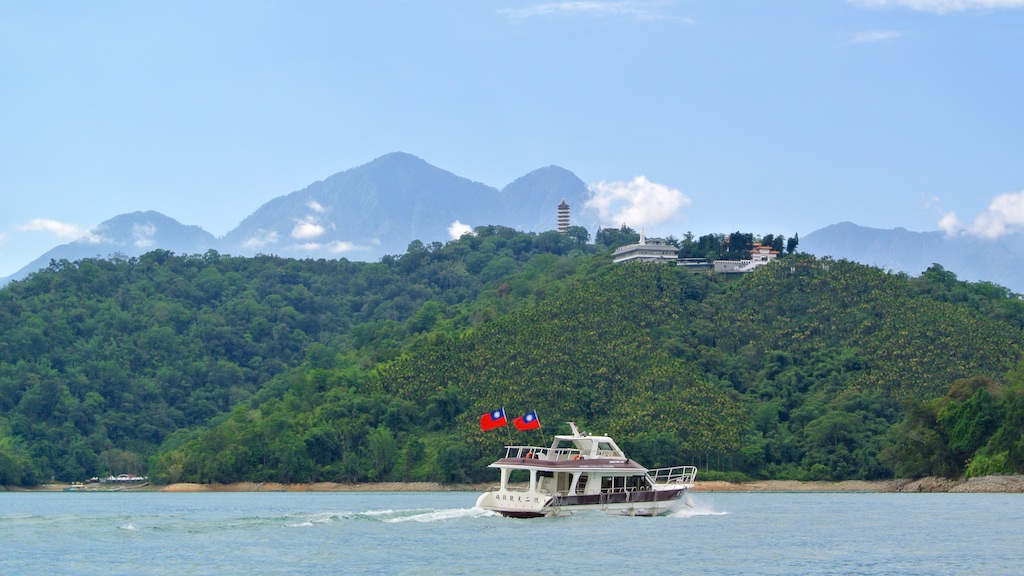 On Sun Moon Lake. Xuanzang temple can be seen on top of the hill.

The shuttle boat leaves the main dock and crosses the lake from where you can walk up to Xuanzang temple which has great views of the area (and also the first temple I’ve visited with free wifi!). 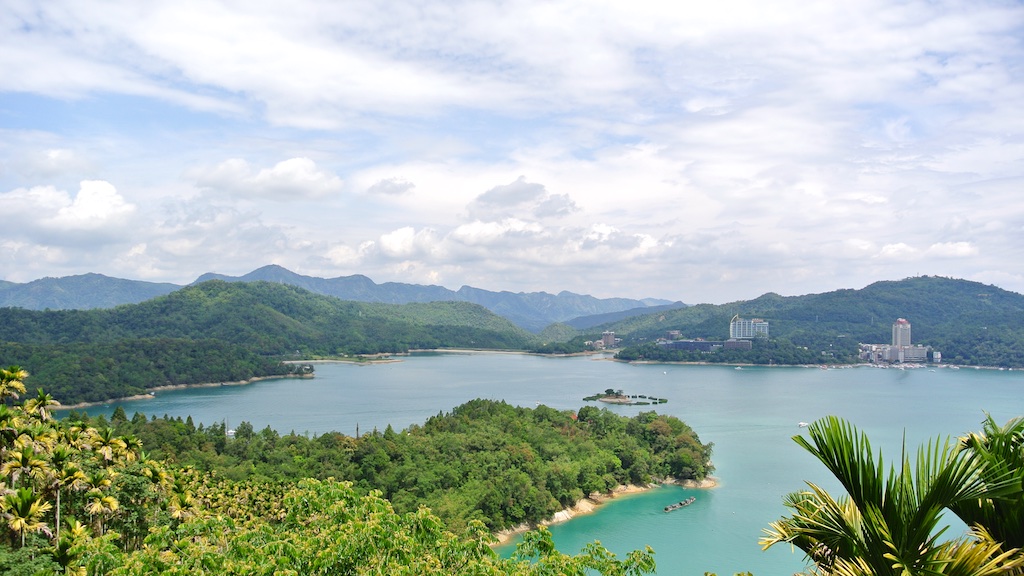 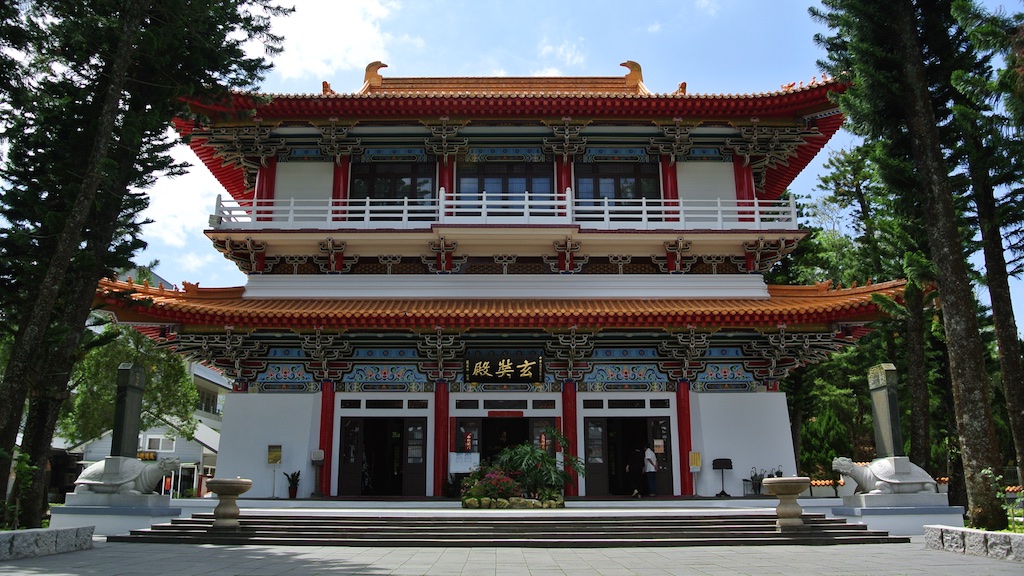 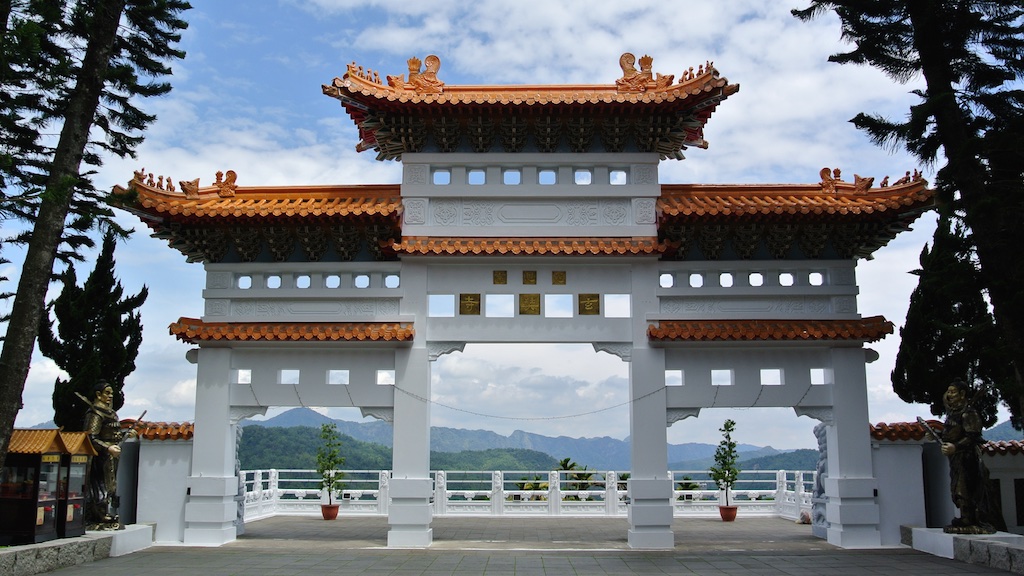 There’s some great scenery around Sun Moon Lake and the walk up to the temple and the view from there in particular were great, with very few other people around. But the tour groups, and I’m probably ranting a little, really are an issue for independent travellers. It just isn’t practical for five coaches of people to turn up at a small dock or remote temple.

Sun Moon Lake was my last new stop in Taiwan. From there I took a bus to Taichung HSR station (the high speed train) just outside of the city and I headed back up to Taipei for another couple of days, ready for my flight to the Philippines.